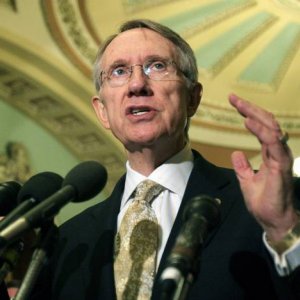 A spokeswoman for Senate Majority Leader Harry Reid (pictured) has denied any knowledge of alleged bribes intended to enlist the Nevada Senator to get the Federal Trade Commission to cancel an investigation into Utah businessman Jeremy Johnson‘s practices.

“Senator Reid has no knowledge or involvement regarding Mr. Johnson’s case,” his spokeswoman, Kristen Orthman, said in a statement published by the Salt Lake Tribune. “These unsubstantiated allegations implying Senator Reid’s involvement are nothing more than innuendo and simply not true.”

According to Johnson, Utah Attorney General John Swallow facilitated a $600,000 payment to Reid, getting him in touch with Richard Rawle, the late owner of the Check City payday loan business. Before he passed away, Rawle said in an affidavit that he agreed to hire lobbyists to talk to the FTC about Johnson’s company, Iworks. Johnson was charged in late 2010 for charging hundreds of millions of dollars to the credit cards of oblivious telemarketing customers.

Johnson was known publicly in Utah as a philanthropist, notably spending hundreds of thousands of dollars to send supplies to Haiti after the 2010 earthquake. He got to know Swallow in 2008 when Swallow was the lead fundraiser for then-Utah Attorney General Mark Shurtleff‘s political campaigns; Johnson was a large donor. Rawle had donated to Swallow’s failed Congressional campaigns, later hiring Swallow as his company’s lobbyist and legal counsel. Rawle was also a contributor to Reid’s 2010 campaign. 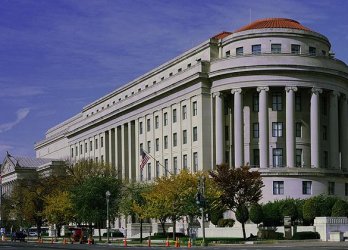 As part of the evidence for the alleged bribe, Johnson produced an e-mail Swallow sent him on September 29, 2010, at which point Swallow was Utah’s Deputy Attorney General. In it, Swallow discussed a proposed approach to Reid’s people about ending the FTC’s investigation into Iworks.

The e-mail said in part, “I spoke with Richard Rawle about the contact information for Harry Reid’s guy. Richard is traveling to LV tomorrow and will be able to contact this person, who he has a very good relationship with. He needs a brief narrative of what is going on and what you want to happen. I don’t know the cost, but it probably won’t be cheap.”

Swallow continued, “The Iworks principals believe they can defend and prevail in litigation. However, they understand that when someone litigates against the FTC, they lose in the long-run due to costs and publicity. Therefore, they would like to meet in good faith and show investigators that they did follow the law and should be able to resolve things reasonably.”

The same e-mail added, “Iworks would like to sit down with Senator Reid and show him what they have done and see if the Senator would be willing to encourage the FTC investigators to take a close look at Iworks and sit down and really understand their practices and try to resolve this matter equitably and in good faith, before litigation is started.” 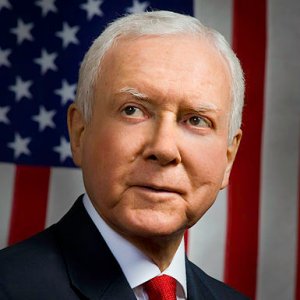 The e-mail also stated that Utah Senator Orrin Hatch (pictured) was already on board. Johnson alleged that the $600,000 payoff was originally $2 million, but he was able to negotiate it down to two payments of $300,000, one before and one after the meeting.

Despite Johnson’s efforts, the FTC filed a lawsuit against him on December 21, 2010. Johnson allegedly asked Swallow what happened, to which Swallow replied that only $300,000 was received, so the investigation went forward. Johnson does not know if any money actually reached Reid or his associates.

Despite not being named in the Black Friday indictment, Johnson was a key player in the online poker scandal. According to PokerFuse, Johnson owned 19% of SunFirst Bank in St. George, Utah, agreeing to work with Chad Elie to use the bank to process online poker payments, first for PokerStars and then for Full Tilt Poker. Both men invested $4.5 million startup in capital in the payment processing business, agreeing to split the profits equally.

Johnson and his business partners, Todd and Jason Vowell, eventually set up scores of businesses to process payments. According to a civil suit filed by Elie, they began stealing money from the businesses, a sum eventually amounting to $46.5 million.

Because Johnson and the Vowells mixed much of the payment processing money with their other businesses, it became difficult for the United States Department of Justice to go after them without stepping on the toes of the FTC’s investigation into Iworks, hence their absence from any Black Friday cases.