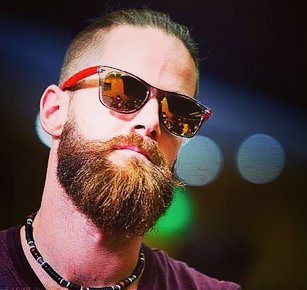 This week, Steven van Zadelhoff (pictured), known on our site as SvZff, moved up to #4 in the world in the PocketFives Rankings, his highest position ever. Some of his recent momentum came after he took down the PokerStars Sunday Warm-Upand Winamax High-Rolleron the same day, an incredible accomplishment. Consequently, van Zadelhoff is knocking on the door of #1 worldwide.

PocketFives: Congrats on getting to #4 on PocketFives. Tell us how you’re feeling about it.

Steven van Zadelhoff: It feels pretty amazing to be back on top of my game again. We all know the Rankings heavily favor hot-runners like me, but still, to be able to compete on this level with the volume I am doing right now feels really great. And to be honest, four years ago I wouldn’t have guessed I could do this right now, so I am really grateful for what it feels like.

PocketFives: Talk about winning the PokerStars Sunday Warm-Up and Winamax High-Roller on the same day.

Steven van Zadelhoff: I had already been running really hot the last couple of weeks. It was a lot of deep runs and some nice scores like second place in the Weekender, a victory in the Big $162, and a big score on ACR. It’s funny because we all know it shouldn’t matter too much for your game and/or future results, but on the other hand we also experience something like being in the right flow and playing your A-game a bit more often when you’re running good. Confidence and momentum are related.

I was hoping for the run-good to last a bit longer because I was going to the Netherlands to play the Master Classics in Amsterdam and to combine seeing family with some online poker. It turned out to be a good decision to take my extra monitor with me. I stayed in my buddy’s apartment in Amsterdam and while he was playing the High Roller in the casino, I chose to put in a lot of volume online.

I had tested my setup and software already, so I managed to get in a decent session, resulting in a final table in the Sunday Warm-Up. It felt pretty great to finally sit there one time because this is a tournament in which I had never managed to score big. I guess I don’t have to worry about that anymore now because I got lucky enough to win it. Being able to properly finish the High Roller on Winamax on the same day made it one of the hottest Sundays ever. 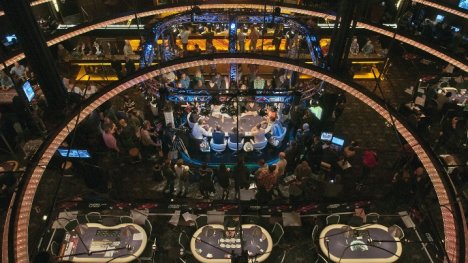 PocketFives: How did the Master Classics (pictured) go?

Steven van Zadelhoff: The tournaments in the casino that week were quite fun. It’s always good to back in the Dutch poker world because there are so many familiar faces, friends, and socializing. The casino hosted a nice welcome party too.

After my Sunday playing online, I came back for the Main Event. I final tabled it last year, so I was aiming for back-to-back final tables. I managed to get pretty close with something like a 20th place finish. I’ll be back next year to try again.

PocketFives: Can you go any higher in the Rankings than #4?

Steven van Zadelhoff: Of course I would like to keep scoring a lot of points because that would mean I would be making a lot of money. I’m still not rich yet or anything because I have been in a backing deal in which I lost a lot of money in the first years playing EPTs, the WSOP, and other high-stakes MTTs, but with the right amount of focus on working on my game, I turned things around quite nicely. I’ll keep working hard like this and hopefully the money and points will keep coming in.

I only added my screen names and started putting in this much volume recently, so it’s due to variance that I’m ranked this high now already, but we’ll see. It’s up to me now to prove I am good enough to stick around the top of the Rankings for a while.

PocketFives: What poker-related goals for 2016 do you have?

Steven van Zadelhoff: 2016 will hopefully be the year of the big live score. I will for sure continue to put in a lot of volume online the next couple months and combine this with a lot of studying and coaching. I want to keep pushing now for a while to see how good I can really become and then in May I will for sure head to Las Vegas again. There, I’ll probably play a big schedule of No Limit Holdem MTTs again. I would love to make a final table of a WSOP event one day and I still have the dream of winning a bracelet.