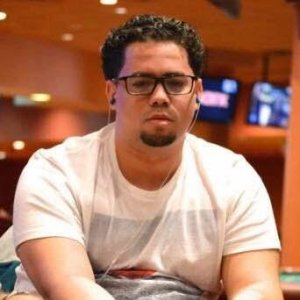 PocketFives had the opportunity to catch up with North Bergen’s Christian ChinIAM Soto (pictured), who is a poker coach over at Redchippoker.com and a co-author of the poker book “Late Position,” which talks about a collection of hands played from the button, cutoff, and hijack and discusses important concepts.

Soto came up playing the underground poker scene in New York and today spends most of his time at Borgata and Parx. ESPN introduced him to the game of poker during one of its broadcasts and has contributed to his professional poker career.

PocketFives: Give us your thoughts and experiences of regulated online poker in New Jersey.

Christian Soto: I think what is going on here in New Jersey in terms of online poker is phenomenal. Obviously, there is still work to be done and improvements will come once we can share player pools with other states. However, being able to play a $50,000 guarantee poker tournament on a Sunday is a long ways away from where we were a few years ago. That is something all of us, including the legislature, should feel proud of.

PocketFives: Is there any meaning behind your screen name?

Christian Soto: My first name is Christian. However, I dislike when people call me Chris. This is because eventually they forget my name and call me Christopher. One night on the poker table, my friends came up with calling me by the second syllable in my name, Christian, which sounds like “Chin.” The nickname “Chin” stuck, so ChinIAM it is.

PocketFives: What are your favorite New Jersey online poker sites to play on and why?

Christian Soto: WSOP, in my opinion, has the best software and daily MTT schedule offered right now. However, I think PartyPoker is great for the cash game players, as it seems that is whom they chose to cater to most, while WSOP took the MTT route.

Christian Soto: I was always an avid sports fan. One night, I saw poker on ESPN and it appealed to me. It was much more fun to watch at that time, however, because of the characters involved in the game at the time. Today, it’s a lot more analytical, which caters to players like me, but that may outcast a different demographic. However, I think the networks are attempting to find a way to a make both the pros and casual players happy with the current broadcasts.

PocketFives: To what do you attribute your current online success?

Christian Soto: I’ve had a hot start and my numbers are nothing like I could have envisioned. With that said, I wouldn’t call this a success just yet. They are players in this player pool who have had great numbers through an extended period of time. I’m going to continue to work hard off the table and attempt to put in the volume.

Christian Soto: It wasn’t even one of my biggest cashes in terms of dollar amounts, but my most meaningful win was in a High Roller on WSOP in March when I first started playing MTTs. I needed that for my confidence. Given that the High Rollers have some of the toughest players, I thought if I won that, I could hang.

PocketFives: What do you do away from poker?

Christian Soto: I’ve been going to the gym a lot more often. I need to because I’m out of shape or at least not in the shape I desire to be in. It’s also a good stress relief from poker and life. I’m also a big foodie, so I enjoy going to new restaurants and trying different foods. If you have any restaurant recommendations, definitely ship them my way.

PocketFives: Can you tell us about your training site?

Christian Soto: A little over a year ago, I founded my training site, RedChipPoker.com, with three partners. One of them is Ed Miller, who makes training material for cash games. Today, we have a diverse group of great players making content. Jonathan FieryJustice Little is on the roster making tournament videos.

We have mental game material and even some Pineapple Open Face Chinese content. There is no shortage. Also on the roster is Andrew Brokos, who is the voice of the “Thinking Poker Podcast” and also owns Tournament Poker Edge.

I did an interview series for our members where I interviewed players I found interesting in the game and asked them everything from strategy to lifestyle. Bart Hanson, Matt berkey11 Berkey, and Jonathan Little were some of the players I interviewed.

Most importantly, I’m most proud of the community we have built. It’s hands-down the friendliest poker community around. It’s a culture we have built and plan to maintain and anyone is welcome to join.