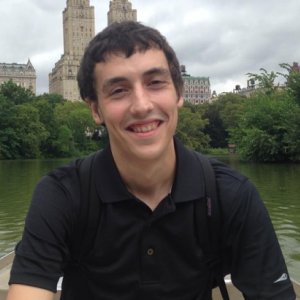 PocketFives had the opportunity to sit down with one of our New Jersey members, Dan RedSoxNets5Sewnig (pictured), who hails from Trenton, New Jersey. With over $94,000 in tracked online cashes, some of Sewnig’s notable results include two wins in the WSOP.com$10,000 Guarantee in the month of August for a total of $5,639 and a win in the Ultimate Poker $5,000 Guarantee for $1,600.

PocketFives: Give us your thoughts and experiences of regulated online poker in New Jersey.

Dan Sewnig: Online poker in New Jersey has felt like a mixed bag for me. I’ve seen many good and bad things throughout these first nine months on the sites. Most of the sites are really lacking in the customer service department. It seems that the responsibility of communicating with the players has been given to people who don’t speak English as a first language, don’t know poker very well, or both.

It’s tough to explain to someone that you feel you deserve better than seventh place money when the software went down with seven people left and ICM dictated at that point that you get between third and fourth place money when the person you are speaking with doesn’t have any clue what equity is, let alone ICM. It is unfortunate too that the one site that seemed to be doing customer service right, Ultimate Poker, simply did not have as good of a product as the other sites and was therefore not able to keep up.

All of that being said, I have seen a lot of good things about these sites. They all seem to have thrown a lot of promotions out at customers from the get-go, trying to drag as many people as possible into the market. WSOP ran a live freeroll for a seat into the National Championship for anyone who had an online account. 888 ran a $5,000 freeroll every night for a long time. Borgata/Party Poker has a $50,000 Guarantee every single week!

PocketFives: How long have you been playing online poker?

Dan Sewnig: I started messing around on PokerStars about seven years ago. I would play the Hubble’s freerolls and get really small-stakes from people on poker forums. I would run my roll up to a few hundred dollars, bust it, run it up, bust it, repeat. I probably busted my bankroll ten times before finally taking fourth in a $16.50 turbo for a little over $2,000.

The same month I turned 19, I took 12th in the Turbo Takedown on PokerStars for $8,000 and a few months after that I took 17th in the Sunday Warm-Up. I eventually got my roll into five-figures and was starting to play $100 MTTs while putting a lot of volume into the $12 180-mans when Black Friday hit.

Dan Sewnig: My cousin showed me the game when I was maybe 10 or 11. After that, I would play little $5 games with my friends from school. I remember my friend’s mom asking us who we thought was going to win the Main Event when there were about 50 left. One friend said Phil Ivey, one said Sammy Farha, and since I liked his name I said Chris Moneymaker.

Watching him make that run was pretty cool. I’m sure I would still be playing the game had someone else won, but that was my first experience with watching people play for large sums of money on TV and it definitely helped get me hooked.

I’ve always loved games and math, so when those two things are combined I really get fixated on them. Math was my major in college and I’ll be student teaching high school math in the fall. I loved psychology enough in high school to consider minoring in it in college, but was not able to. So, the combination of a math and psychology game has just always been appealing to me.

Dan Sewnig: At this point, I’m only playing on WSOP, 888, and Borgata. Ultimate Poker had amazing overlay tournaments, but the software just wasn’t up to par, so once they removed the overlays, many, including me, stopped playing there.

I like the WSOP/888 software better than Borgata/Party‘s. 888 has a great selection of mid-stakes tournaments and they seem to have found a very good structure that allows players a lot of play while keeping the tournaments to a manageable amount of time.

Borgata/Party has added the $50 $5,000 guarantees at 8PM and 9PM daily, which are a great middle ground between the $20 and $100 tournaments they previously had. WSOP’s $25 Rebuy $10K Guarantee that runs almost every night could probably fix the structure a little bit, but overall is a great tournament to play. WSOP, 888, and Borgata/Party all have their pros and cons, but are each very good options for anyone looking to start playing online in New Jersey.

PocketFives: Is there anyone who helped change how you approach the game of poker?

Dan Sewnig: I was lucky enough to join a small poker forum when I first started playing online that ended up having a few future sickos in it, including Joe McKeehen and Chad Eveslage. Joe is now approaching close to $2 million in live earning despite being my age, while Chad recently hit $3 million in earnings and finished in the top 100 of the WSOP Main Event.

Talking to those guys when I was younger and seeing the successes they have had through tons of hard work combined with natural ability has always given me the feeling that if I put the effort and work into it I could do this full-time. For now, though, it will an enjoyable and hopefully lucrative hobby as I begin my career as a teacher.

I also am part of a Skype group with several other solid New Jersey poker players that makes playing more enjoyable and occasionally leads to some good strategy conversations. A few guys in that chat really helped me to change my mindset and to stop being so negative.

I realized a few important things: 1) I am not as good as I think I am. That goes for everyone! You can always improve, so rather than blaming bad luck, look for ways to better your game. 2) Stricter bankroll management can really help take some pressure off. If you’re following the 50x rule for playing tournaments but you find yourself still getting overly frustrated when you bust your biggest buy-in, then make sure you have 100 buy-ins going forward.

Third, I was taking myself too seriously. Poker should be fun and while it is a stressful endeavor, you shouldn’t get angry about losing or feel entitled when it comes to winning. You don’t deserve to win flips in big spots. You aren’t entitled to the win just because you know you are better than your opponents. And you definitely shouldn’t insult people who are playing poorly.

Forget about the concepts of “tapping the glass” and worrying about making the fish stop playing. Just be a decent human being and stop taking out your frustrations on some person just trying to have fun playing poker. Just because you have a screen in front of you and the other person isn’t visible does not give you the right to call someone an idiot. Whether people agree with me on these points are not, I have really tried following them and it has led to me being more relaxed and happier while I play.

PocketFives: What is your favorite poker room to play live in?

Dan Sewnig: Parx and it’s not even close. It’s less than a half hour from my house, every table is nine-handed there, it’s always clean, the dealers are all good, it’s separated from the casino area so it is less noisy, and this list could just go on and on for me. The Big Stax series they have about four times per year easily gives more play for a smaller buy-in tourney than any other live tournament I have ever seen.

Borgata is great in the sense that it attracts the most people, but in their tournaments I have had too many occasions where I have been explaining rules to the dealer, or someone refuses to move over so I have leg room, or someone is so drunk that they are slowing the game down considerably. That kind of thing just doesn’t happen at Parx. And as far as the Big Stax series goes, Matt Glantz really listens to players and actively tries to improve everything going on, even when it is already going well. For me, Parx is just a level above the rest right now.

Dan Sewnig: I’d like to give a shout out to my girlfriend, Kelsey, who has not only tolerated the time I put into this game, but has always encouraged it. I always thought it would be really difficult to balance dating someone and putting real sessions in, but she has always been nothing but supportive. It means the world to me. Thank you Kelsey and I love you!