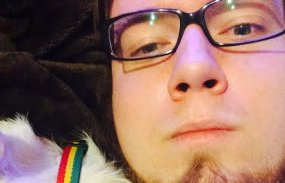 PocketFives had the opportunity to sit with Pennsville resident Steve 7douche Madara (pictured, ranked #51 in New Jersey), who recently went on a tear on the virtual felts of New Jersey. He was a losing player during his high school days and used that to motivate himself to study the game even harder and become the player he is today.

PocketFives: Congrats on your three tournament wins in a one-week span. Tell us how you are feeling.

Steve Madara: I’m feeling very lucky. I’ve definitely been on the upside of variance and there’s no doubt about that. I also feel that the straight up wins show more of my style of play since I go for the home run, which I think you have to since the payouts are sort of flat.

PocketFives: Which field did you find the hardest to get through out of the three wins?

Steve Madara: I’d have to say the WSOP Spring Poker Series $30,000 Guarantee. It was a $200 Re-Entry + 1 Add-On that didn’t promise a big guarantee, so not too many recreational players were in the field.

Steve Madara: Nothing too crazy. I’m not staked anymore, so I’ll be using it to pad my bankroll. I also may have to take a few shots out in Las Vegas this summer since I’ve been running so well.

PocketFives: What are your favorite New Jersey online poker sites to play on and why?

Steve Madara: I play on WSOP the most, but that’s only because I have too many technical issues when trying to play on PartyPoker/Borgata Poker. I wish they’d figure it out, but it seems like the sites don’t care much anymore. I’ve tried every fix between getting new software and a more powerful laptop.

Steve Madara: It’s pretty sporadic, as my schedule is non-existent. It’s hard to say since some days I’m putting in 10- to 12-hour sessions other days I’m only playing 4 to 6 hours. Overall, most of my time is put towards poker and everything else has taken a back seat. I do take breaks when I don’t feel focused or off my game.

PocketFives: Is there anyone who helped change how you approach the game?

Steve Madara: Besides the two brothers who coached and staked me last year, there was one specific kid from the summer after high school. He was valedictorian of his class and a beast card player. Literally every day we played 50 NLHE that summer and we couldn’t beat him. I was so broke I remember selling a football jersey to get a buy-in.

Long story short, by the end of the summer, another player caught him stacking the deck while the other deck was in play. He was so good at it and we all considering each other best buds after playing daily that he easily got away with it. A few other players were also aware of what was going on, so that made it even harder to play since they avoided pots with him.

Losing constantly to these kids pushed me to study more than I ever would have, though. So, I have to thank him for getting me to where I am today, as I probably never would’ve studied as much had I been winning.