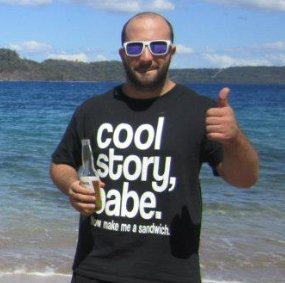 The most recent member of PocketFives to earn his $2 million cash badgeis Costa Rica’s Mike Flippa42Carter (pictured), who did so on August 3. He plays as KaptianKushon PokerStarsand Pokeherplayheron PartyPoker and sat down with us to talk about his successful career.

PocketFives: Awesome job getting to $2 million in online tournament winnings. How are you feeling about it?

Mike Carter: I feel great. I recently found a new love for poker that I was lacking for quite some time. I felt like the game was passing me by and it was overwhelming at times. Everyone has gotten a lot better and the games are tougher than ever. What was once easy requires so much more work nowadays. I had just gotten a few decent scores recently and the $2 million badge is great motivation to keep moving in the right direction.

PocketFives: How awesome was your WCOOP Super Tuesday cash last year for $148,000 and how did it change your career?

Mike Carter: The WCOOP cash was amazing. A six-figure score is hard to get and is something all grinders hope to have in their lifetime. It’s one of those feelings where you just sit back in your chair after it’s over and think about what it took to get there and how far you’ve come.

If anything, though, it wasn’t good for my career at all. It gave me an excuse to be lazy and take an extended break from poker, thinking I had just slaved for five years to get there and I deserved a break. I learned a lot about myself during the time off and also learned poker is life. 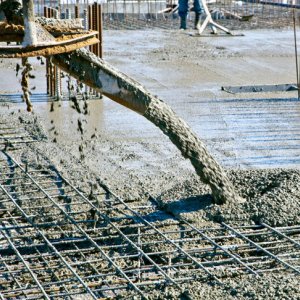 PocketFives: What were you doing before playing poker full-time?

Mike Carter: I dropped out of college after the first year and decided to move across the country to work in Alberta, Canada where there was a job boom. I did everything from pack groceries to back-breaking labor for about three years.

During my final job, I was pouring concrete and there was a home game that night. Before I went to the home game, I bought a new pair of work boots for the following day. The home game lasted until 7:00am and I won a nice amount of money. I had always dabbled online and fantasized about trying it for a living. When I got home, my friend was going to work and I gave him my work boots, saying I would never wear them again.

PocketFives: What did your friends and family think about that decision?

Mike Carter: My close friends, “Team Pokes,” have always played together online as a form of socializing and hanging out. So, to this day, they still play professionally and all have endless accomplishments in the online world.

I grew up in Windsor, Ontario and we have a pretty solid group of close friends that all crush on a regular basis. My parents are amazing. They have always supported me in anything I have done, but when it came to poker, they didn’t understand at first. They didn’t want me doing it at all, but I am not the type of person who can be told what to do.

My dad ended up driving me three hours across the border to live with the guy who made all of this possible for me: Harvey Drinking Buddy Matthews. My family’s constant support and encouragement is one of my biggest motivating factors. 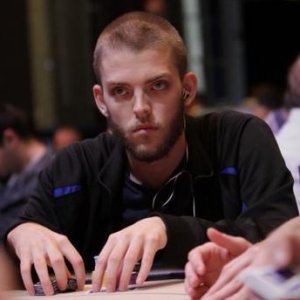 Mike Carter: Yeah, I have been living in Costa Rica for the past four years on and off with a great group of guys who I consider family now. To all of “The Bears” of Costa Rica, huss, huss! I wouldn’t be where I’m at today without you guys.

I have recently found a new love for live poker here in Costa Rica and frequently visit “The Winner’s Club” to play cash and tournaments with the rapidly-expanding Costa Rican player pool. Pura vida!

Mike Carter: I want to give a big shout out to my poker mentor who helped me become the player I am today: Mike telks Telker (pictured). When you grow up and think about that person you would meet who would change your life for the better, he was that guy for me.

He was living with Drinking Buddy when I first moved in. We have traveled all over, living in some cool spots and grinding all over the continent. Being able to learn from him has been a dream come true. Thank you so much DB and Telks!