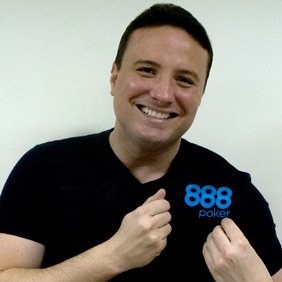 On Monday, the 2014 World Series of Poker Main Event will resume from Las Vegas with the November Nine. The short stack in the room will be Brazil’s Bruno Politano, but according to WSOP officials, he’ll have the largest rail in the Penn and Teller Theaterat 120 friends and family (and potentially more). He’ll be repping 888 Poker at the final table.

“I’m feeling good,” Politano told PocketFives on Thursday. “I have a lot of emotions. I am very, very excited. I’m at the Rio. I came into Vegas on Wednesday. I have been welcoming my family and friends since then. I’m really relaxing.” Politano and the eight other members of the November Nine are vying for a $10 million top prize.

As we said, Politano was given 120 tickets for friends and family in the 1,200-seat Penn and Teller Theater. He told PocketFives that he might have around 140 railbirds and added, “There are a lot of fans who are coming out to support me. I have played poker for 11 years and have a lot of poker friends in Brazil. It’s a big moment, not just for me, but also for all my fans.”

Politano is the first November Niner from Brazil. As such, he has already made history, but commented that plenty of other Brazilians have made waves in major poker tournaments: “I’m the first November Niner, but there are other players from Brazil who have played big tournaments. In the coming years, we’ll have more Brazilians make the final table of the Main Event. I’ll have a rail screaming for me, but there won’t be too much pressure. I’ll do my best. I’ll play poker and god knows what will happen.” 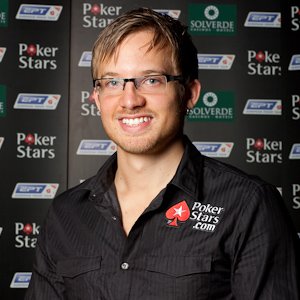 Jorryt Van Hoofis the November Nine chip leader with a stack of 38.3 million. Politano is stacked with 12.1 million and just ahead of him is Sweden’s Martin Jacobson (pictured), who has 14.9 million. Interestingly, Politano told PocketFives that Jacobson will be the toughest opponent: he’ll face “He has the same stack as me, but is more experienced. He’s the best opponent at the table.”

If Politano wins, it’s off to XS Nightclub at the Wynn in Las Vegas, which he called “the best nightclub in the city.” On what he’d do following a $10 million score, he told us, “My rail and I are going to XS at the Wynn. It’s the best club in Vegas. I don’t have any plans for the money though. My family has what it needs to live. I have a plan to win my bracelet first. That’s the only thing I’m focused on. I’ll worry about the rest later.”

If you’ve ever played tournament poker or watched it in person, you know it’s a grind. There’s a whole lot of folding and a whole lot of inactivity, which can make it difficult for players to stay focused. “I’ve played poker for 11 years, so staying focused comes naturally to me,” Politano said. “Sometimes I go talk to my rail and take a quick break. It’s impossible to spend your time 100% focused for 11 or 12 or 13 hours. I usually turn it off and then turn it on.” 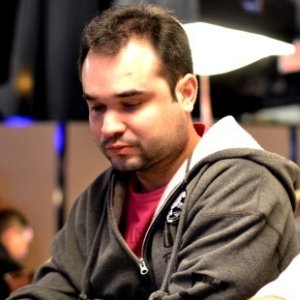 Politano’s poker coach is PocketFiver Ariel Bahia (pictured), who will be relaying him information on other players’ hole cards while the tournament airs on a delay on ESPN2 on Monday. “He’ll be watching and talking to me and telling me what cards my opponents have,” Politano said. “Everyone will have that information, but it’s good to have a change in strategy.”

Finally, we asked Politano who his favorite Brazilian of all-time is. There are plenty of people to choose from and the country has gained even more recognition after hosting this year’s World Cup. His choice: Ayrton Senna, a former master of the Monaco Grand Prix. “He is very focused and very determined,” Politano said. “He doesn’t have the best car, but he has the best preparation, the best focus, and the best arms for a pilot. He’s an inspiration for me.”

Catch all of the action from this year’s November Nine right here on PocketFives. If you don’t have an 888 Poker account, sign up through the links on PocketFives to get an enhanced 100% up to $600 deposit bonus (regularly 100% up to $400), $88 free in most locations, and a free PocketFives t-shirt delivered to your doorstep. Click here to get started.