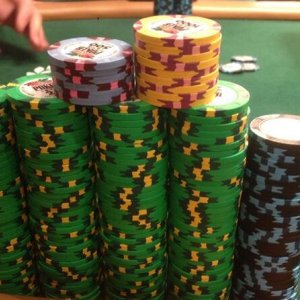 bbvisbadforme has played 13 sessions and 1,469 high-stakes hands in March thus far, meaning he has generated a profit of almost $50,000 per session and over $400 per hand. HighStakesDB began tracking bbvisbadforme in May 2011 and he was in the red earlier this month before his recent surge.

There’s not a ton of biographical information that HighStakesDB has compiled for the player, although other sites have noted he’s from Germany. HighStakesDB added, “The poker player bbvisbadforme was first discovered by HighStakesDB on the high-stakes tables of Full Tilt Poker on Tuesday, May 3, 2011. Since then, a total of 66,357 poker hands have been tracked, with bbvisbadforme’s results being $386,194. The hands come from Texas Hold’em and Pot Limit Omaha games.”

Here are the top 10 players profit-wise in March 2015 according to HighStakesDB: