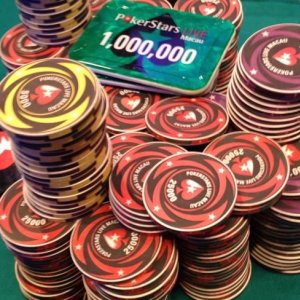 According to HighStakesDB, JayP-AA, who is known on PocketFives as jcp, has passed $1 million in profit at the high-stakes tables in 2015. He officially stands at $1.05 million in the black and has not fallen into the red at any point this year.

He is an Omaha specialist and has only logged PLO games on PokerStars, according to HighStakesDB. His largest pot played this year weighed in at $229,000 and took place on February 8 at a $200/$400 PLO table.

HighStakesDB first tracked JayP-AA four years ago and, according to the site, “JayP-AA was first discovered by HighstakesDB on the high stakes tables of PokerStars on Wednesday, April 6, 2011. Since then, a total of 105,247 poker hands have been tracked.”

Here are the top 10 players in terms of profit in 2015, according to HighStakesDB:

JayP-AA is #2 on the earnings list for April and #43 all-time in PLO. Stay tuned to PocketFives for the latest high-stakes poker news.