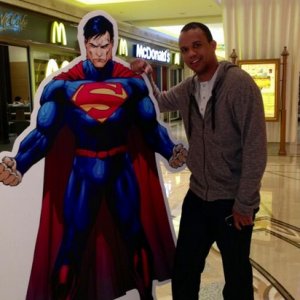 In the last 24 hours, Phil Ivey (pictured), who plays on Full Tiltunder the user name Polarizing, is up $700,000, according to HighStakesDB. Most of his damage was done at the 2-7 and Eight-Game tables in heads-up sessions against fellow high-stakes pro Alexander “PostflopAction” Kostritrsyn.

According to HighStakesDB, “His first win of the day came from an hour-long heads-up match played late in the afternoon server time at the $1.5K/$3K Mixed Game tables with PostflopAction. Polarizing lead from the start, ending the session up $74.8K.”

After that, it was on to $2K/$4K 2-7 Triple Draw, where Ivey scooped another $44,300, according to the same tracking site. Then, Kostritrsyn and Ivey squared off at a $1K/$2K Mixed Game table, where HighStakesDB detailed that everything was coming up Ivey: “In a little under an hour, the 10-time WSOP bracelet winner had added another $188.4K to his bankroll. He also took down the day’s biggest pot during the session,” which was worth $80,000.

It wasn’t like Ivey was going against creampuffs at the table, either. HighStakesDB said of his final session of the night, “Polarizing’s next session netted him another $157K, as he took on November’s biggest winner so far, Cort thecortster Kibler-Melby, again at the $2K/$4K 2-7 Triple Draw tables. The match lasted just under an hour-and-a-half and, for the first hour, the match was even. However, the last 20 minutes saw Ivey rush to a $156.9K win.”

The joys of high-stakes poker.

HighStakesDB began following Ivey under his Polarizing screen name in the final month of 2012. Since then, he has bled $5 million total and enjoyed a profit just once over that span. He is down $1.7 million in Draw Games and $1.6 million at Eight-Game. The only variant HighStakesDB tracks that the 10-time bracelet winner has turned a profit in is Limit Omaha High-Low, where he’s up $17,000.