The wait is officially over for all-new episodes of High Stakes Poker as the opening hour of Season 9 premiered on PokerGO on Monday night.

It brought nearly everything that fans love about the show – the biggest stars, the highest stakes, and even $50,000 bricks of cash right there on the table. However, the first episode, while entertaining, was more of a reintroduction as to what HSP could be. The cast, a high-powered lineup that featured Phil Ivey, Tom Dwan, Doyle Brunson, Patrik Antonius, 2021 WSOP Main Event Champion Koray Aldemir, James Bord, Kim Hultman, and Daniel Negreanu spent most of the episode feeling out the table out as opposed to lighting it up.

There were some clashes, a couple of healthy pots, and a big bluff by Negreanu but for the most part, commentators Gabe Kaplan and A.J. Benza seemed to be waiting in anticipation for something jaw-dropping to take place. But while they were, some pretty fun hands were played.

Dwan Gets It In Early

The biggest pot of the night took place on the show’s third hand. After Brunson opened the pot to $1,200 with his

. Dwan, on the button, picked up

and bumped it up to $5,500. It folded back to Brunson who let his hand go and Bord quickly put in a chunky four-bet to $25,000. Dwan, with $93K behind, took some time but eventually moved all in. Bord quickly called and the duo were flipping for a pot of $192,600. They agreed to run it twice and Bord’s queens held through both runouts. The first

, Bord spiked a set on the river. On the next board, he flopped a full house on a

flop, which stood up through the turn and river, making Bord one the night’s biggest winners. 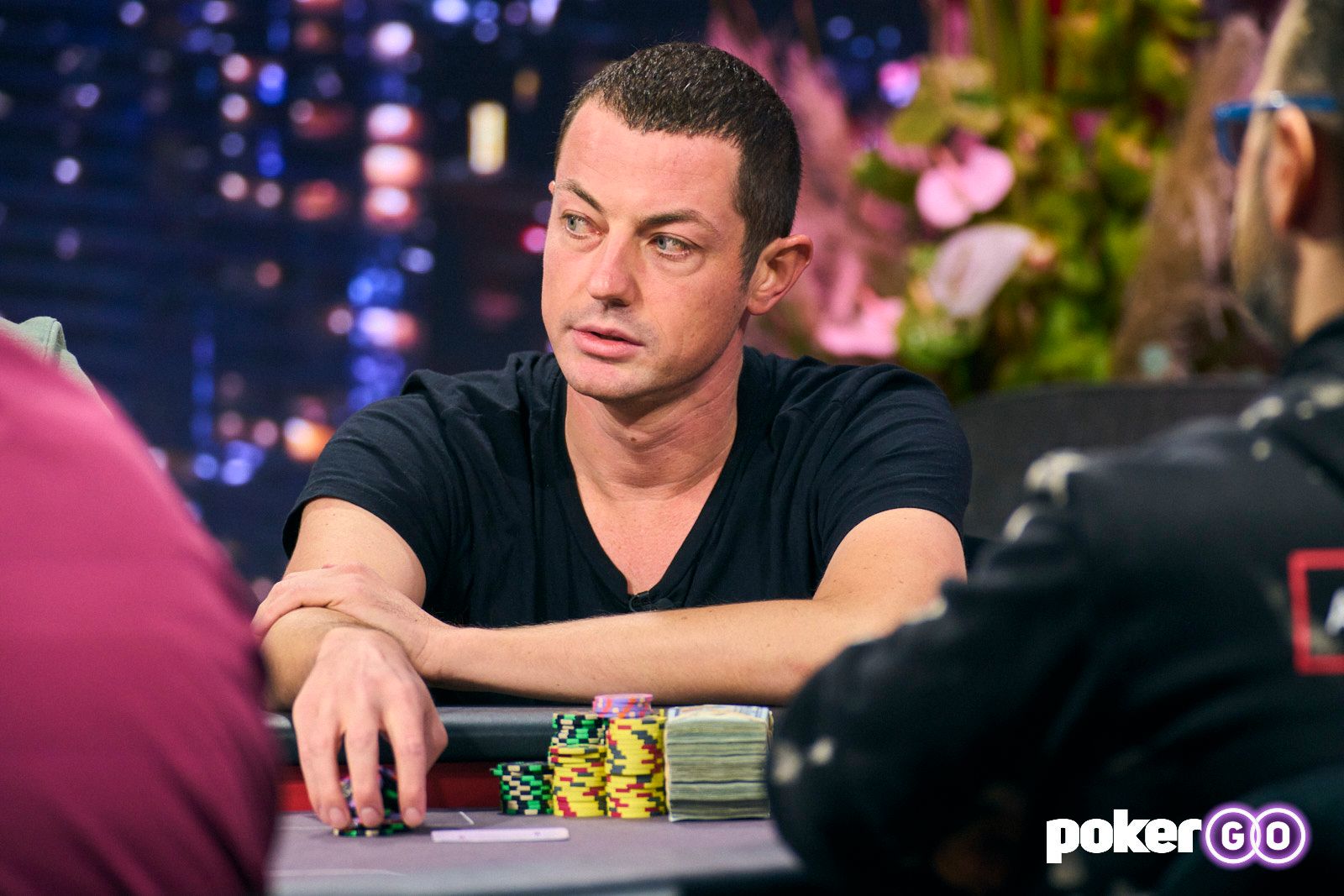 Negreanu Makes Moves On The River

Negreanu, who had won a small pot earlier in the night, played a big hand against Kim Hultman – a Swedish YouTube streamer whose “Let’sGiveItASpin” channel focuses on casino games. Negreanu opened to $1,600 in early position with the

and Hultman flatted on the button with his

. Brunson completed in the big blind holding the

and the three took a flop of

. After Brunson checked his middle pair, Negreanu, with bottom pair, made a bet of $1,500. Hultman, open-ended with the jack-high flush draw flatted as did Brunson. The turn was the

, bringing in Hultman’s flush. Brunson checked again and Negreanu didn’t slow down, firing $5,500 into the pot. Hultman again called but Brunson released his hand. The river was the “inconsequential”

Kaplan then said “When world-class players smell weakness, they act on it.” and that’s exactly what Negreanu did, overbetting the $21,900 pot with a bet of $36,000. Hultman, with $72,000 behind, smiled but was viably uncomfortable. Eventually, the Swede let it go and Negreanu dragged the pot, his second of the night.

Rough River For The Champ

The very next hand saw Antonius battle against Aldemir, who was making his HSP debut after his WSOP Main Event victory. Aldemir opened to $1,000 holding the

. Antonius, who had been the most aggressive player during the first episode, put in a three-bet to $4,000 with his

. Negreanu let go of pocket fives, sending the action back to Aldemir, who made the call. The flop came

, giving Aldemir top pair and Antonius a straight draw to go with his two overs. Aldemir checked it over and Antonius slid out $6,000, which Aldemir called. The turn was the

, giving Antonius the nuts. Aldemir checked it over again and this time, Antonius checked it back. The river

was a bit of a disaster for the Main Event champ, and after he checked it over to Antonius, Aldemir was faced with a $30,000 overbet. But having rivered two pair, Aldemir couldn’t get away and made a quick call sending the $80,800 pot over to Antonius. 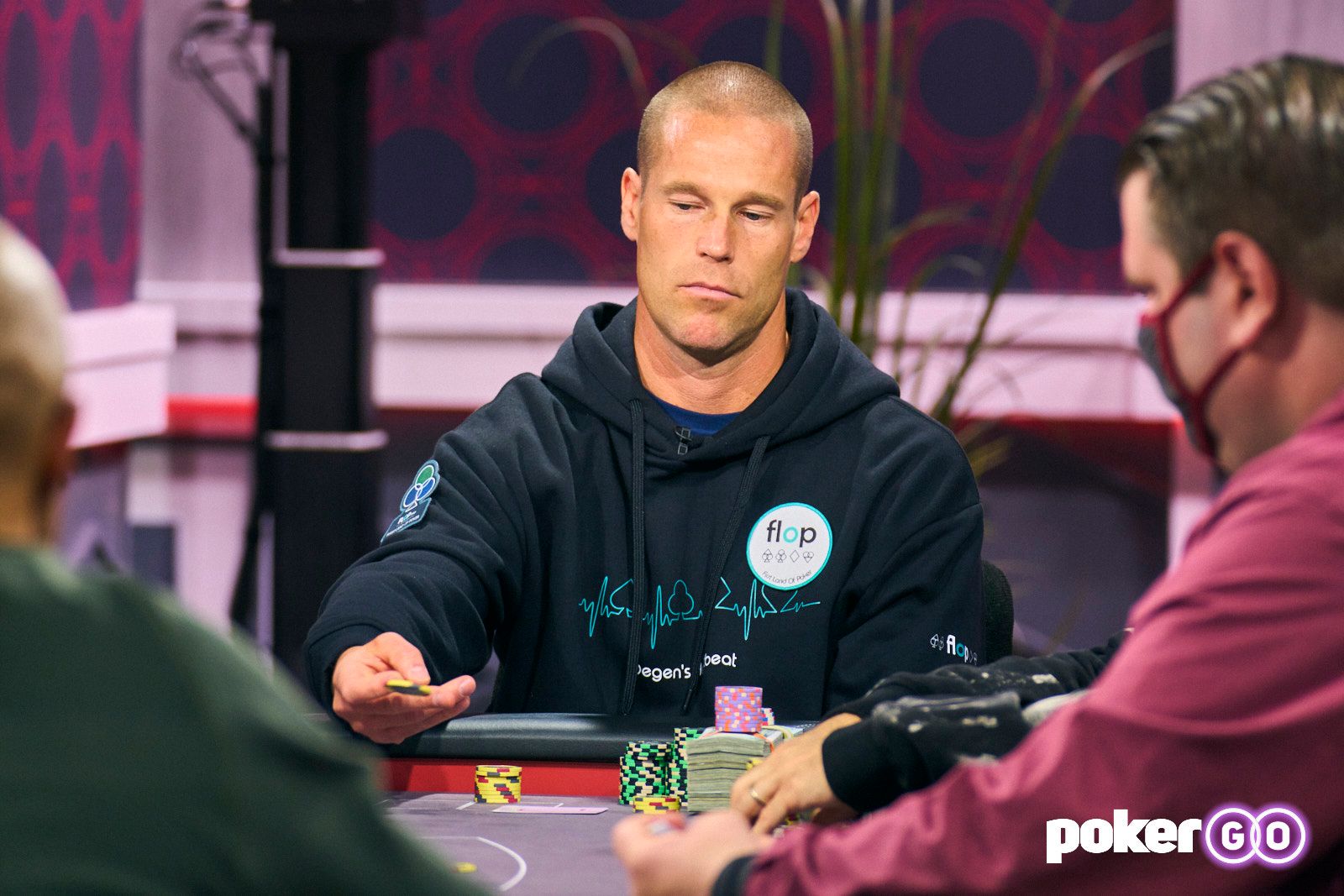 A stoic Ivey spent the better part of the episode folding marginal hands and staying out of the action. As the episode was winding down Ivey finally found his spot. He open-raised to $1,200 with the

. Ivey shot Hultman a glance and tossed out a call. The flop came

and Ivey checked it over to Hultman, who opted to check back his top pair. The turn, however, was the

, improving Ivey to a set and he didn’t waste any time trying to build a pot, betting $8,000. Hultman made the call and the pair watched as the

completed the board. As seen many times in this episode, a river overbet came as Ivey bet $30,000 into the $28,000 pot. Once again, Hultman was in the blender, but unlike his hand against Negreanu, Hultman made the call and was shown the set. A pained look stretched across Hultman’s face before he said “Nice hand, Phil” and watched Ivey drag the $88,000 pot. 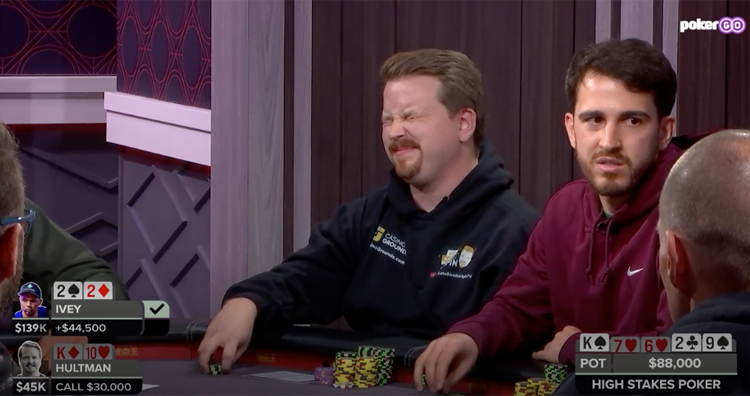 Of the 13 hands shown on the episode, Brunson led the pack, dragging four pots. Bord scored the biggest single-hand win in his $192,600 flip against Dwan and Aldemir was the only player not to win a hand.

The High Stakes Poker action continues every Monday for the next 13 weeks, exclusively on PokerGO.

*** Don’t miss out on the High Stakes Poker action on PokerGO! Sign up for a subscription using promo code “SWEAT” and earn a free $20 into your PocketFives Staking account.***