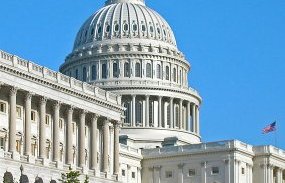 On Wednesday, a Subcommittee of the House Judiciary Committee was charge with discussing Restoring America’s Wire Act, or RAWA, a bill reportedly prompted by Las Vegas Sands CEO Sheldon Adelson and introduced in the House as HR 707 by Jason Chaffetz (R-UT). It began an hour late and featured an intermission for “multi-trillion-dollar votes.” You can check out the witness list and testimony by clicking here.

The hearing started with Sheila Jackson Lee (D-TX) reminding us that phones can be used as gaming devices and adding, “The American market could be worth as much as $12 billion per year. Gaming is big business… Illegal gambling has long been a source of revenue for organized crime… We must take seriously the concerns about expansion of online gambling, including money laundering, preying on those who gamble, and minors who would not be able to gamble in a casino.”

Then, Bob Goodlatte (R-VA), who has long had a hand in regulating our industry, told the crowd, “I am personally opposed to internet gambling” and said a person from his district committed suicide as a result of our industry. “The [DOJ saying the Wire Act only applied to sports betting] caused a dramatic shift in the way the DOJ looked at internet gambling. It has led to an increased push to online gambling,” he said. 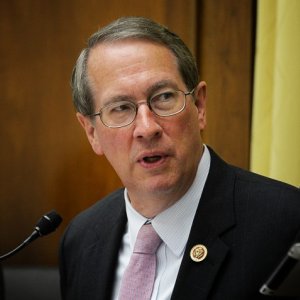 Goodlatte (pictured) added, “Updating the [Wire Act] can protect states’ rights. However, there’s also another states’ rights issue, which is what to do with with states who want to regulate gambling in their borders… I am concerned about whether this will cross state lines.”

Longtime lawmaker John Conyers (D-MI) said he opposed RAWA, arguing, “I agree with the position of the DOJ based on the 2011 analysis that the Wire Act’s prohibitions are limited to sports betting… Banning online gaming is not the answer.”

Then there’s Chaffetz, who spoke before the witness panel was sworn in and confusingly argued that a bill to ban i-gaming, even in states where it’s currently regulated, is in line with states’ rights: “I believe it’s a states’ rights bill… I think we have the right to protect ourselves within our borders… I do believe that going back to December 23, 2011, the Wire Act had an interpretation for 50 years. If there’s going to be an alteration, it should go through the Congressional process.”

John Warren Kindt, Professor Emeritus of Business Administration at the University of Illinois School of Law, took the crowd on a spectacular tangent, invoking Vladimir Putin, 9/11, crack-cocaine, and Christina Aguilera: He contended that internet gambling law is “impossible” to enforce and asked for the fantasy sports loophole in the UIGEA to be closed. “Click your phone, lose your home. Click your mouse, lose your house,” he rhymed.

Kindt said that Putin tried to stop internet gambling: “What do the Russian economists know… that still eludes Washington decision makers,” he asked. He went on to reference former Illinois Governor Rod Blagojevich and said, “We need to keep the internet gambling genie in the bottle.” It seems to be too late for that. 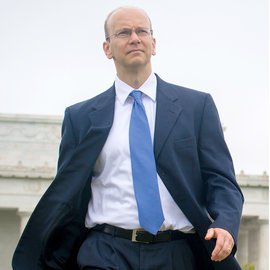 Les Bernal (pictured), National Director for the Stop Predatory Gambling Foundation, said government-sponsored gambling is affecting society. He added that in order to reverse the rising inequality resulting from gambling, we need to pass RAWA: “People are, and should remain, free to wager money and play games of chance for money… The Government has no business encouraging them to do it.” He quickly invoked “no taxation without representation” and advocated that the phrase be modified to “no taxation by exploitation.”

Michael Fagan, Adjunct Professor of Law at the Washington University School of Law, questioned whether any government or police force can effectively regulate online gambling. “A resorted, repaired Wire Act will help states enforce their gambling laws,” he summarized. Many on Twitter pointed out that New Jersey is successfully regulating i-gaming today.

Then, Andrew Moylan, Executive Director and Senior Fellow at R Street, called for a reigning in of the Federal Government, saying that it’s “too large and too powerful… It’s this trend that motivates my comments… While expanding the 1961 Wire Act, [RAWA] appears to go a step further… Its prohibition on all wire or internet transmissions” including in states where it’s regulated, “violates federalism.” He called for RAWA’s language to be modified to reflect the language found in the UIGEA. 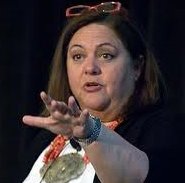 Finally, the only witness championing online gambling regulation, Perry Aftab (pictured), told the crowd, “I agree there are lots of problems… but that is not happening in New Jersey, Delaware, or Nevada. It is happening currently with many of the offshore gambling sites.”

She echoed, “When we talk about terrorists and money laundering, you need to recognize that in the three states where it’s regulated, they are very careful to make sure you don’t get paid your winnings until it’s registered with the IRS.” She said she can’t imagine a terrorist organization wanting to report money to IRS.

It was later in the first part of the hearing that PokerNews’ Matthew Parvis Tweeted, “These witnesses could not be more uninformed.” Many questioned why no regulator from New Jersey, Nevada, or Delaware was a member of the witness panel.

The hearing broke around 6:00pm Eastern Time for voting.