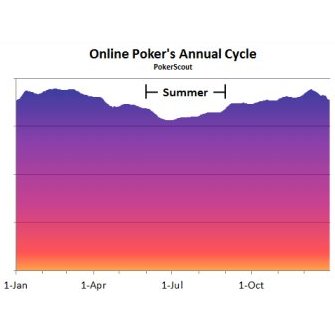 While the weather in some areas may make it hard to notice, summer is coming to an end. And that’s a good thing for online poker rooms, as that means traffic will be picking up soon. The cyclical nature of online poker is not a new concept for most poker players, but the internet poker traffic monitoring site PokerScout, which knows better than anyone about the ebbs and flows of industry, provided an interesting look at how traffic changes throughout the year.

In the PokerScout Scouting Report, which PocketFives obtained, PokerScout illustrated how online cash game traffic is at its lowest during the summer months of June, July, and August, bottoming out around the beginning of July. There is no fancy explanation for this; the warmer weather and longer daylight hours result in poker players spending more time outside and less time indoors in front of their computers. There’s also a lot of traveling.

Even with the rise of mobile poker, people are generally going to spend their time outdoors enjoying activities rather than sitting in the sun playing poker on a phone or tablet.

Once September starts, traffic shoots up quickly, then flattens out, and then continues its rise in October and November. December shows a significant jump. Traffic stays high for a while after that, as PokerScout considers January through mid-March the prime season for online poker. There is a slump in April before a slight up-tick and the slide into summer.

PokerScout notes that the difference between the peak and bottom of the year is about 20%, showing that online poker is less cyclical than the number of television viewers. According to PokerScout, television viewership can drop by as much as 50% in the summer months.

No specific explanation was given as to why online poker is not as cyclical as television, although one could surmise that it has a lot to do with programming. Television networks tend to slow down new content during the summer, ramping it up for the big fall season, when new episodes of established shows hit the airwaves. Some new shows debut in the summer, but most fresh programming runs in the fall and spring. 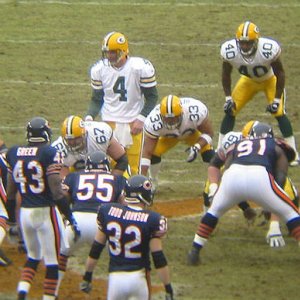 Additionally, at least in the United States, American football likely gives a healthy boost to viewer numbers, especially on the weekends. Compare that to poker, where “programming” is consistent throughout the year. Poker is poker, with some exceptions for big online tournament series or individual poker room promotions. It’s the same games day in, day out. People aren’t waiting for the fall to hop on new tables.

One might also guess that poker players are, on average, more dedicated than television viewers. Those who play poker want to play; they usually don’t need a special reason to do so and the time of year does not matter. Television viewers, however, will tune out more often if there is nothing new on the tube. And even when the new shows start running in the fall, people can shift their viewing, recording programs on their DVRs or watching online later.

In its regular weekly poker traffic update, PokerScout reported that cash game traffic inched up slightly, 0.2%, last week, but is down 12% compared to the same week last year. It is not exactly an apples-to-apples comparison, though, as last year at this time, players were flocking to PokerStars for the site’s 85 billionth hand promotion.