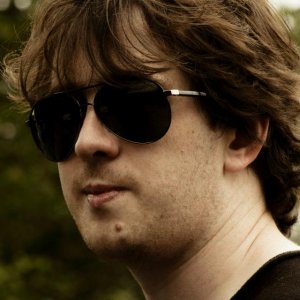 Even though the PokerStars Spring Championship of Online Poker(SCOOP) is over and done with, we’re happy to be able to report on players who did well in one of the largest series of the year. Among those who earned six-figure paydays this month was Jacob Slevin (pictured), who is known as 6Thor6 on PocketFives.

Slevin was part of a three-way chop of the mid-stakes opening event, a $215 NLHE Six-Max tournament that stretched over two days. “I’m still completely dazed by it really,” Slevin said to PocketFives following his hallmark score. “Having minimal sleep between Day 1 and Day 2 and then the same again the night after the chop, I am still feeling a bit psychologically battered, but in a really great way if that makes sense.” That’s one of our favorite quotes ever.

In between Day 1 and Day 2 of the kickoff tournament, he did what others still in the field likely did: researched their opponents. “In between the two days, I was able to research players and modify my HUD,” he revealed. “Then, I could act accordingly.” His reward was $127,000, the largest amount given out during the chop. He was the lone PocketFiver to make the six-handed final table.

As far as the money goes, Slevin plans to buy a new car, go on a few vacations, and enter other SCOOP events. The England poker community member has about $700,000 in tracked online scores, almost entirely from PokerStars, and is averaging $265 per in the money finish.

The 27-year-old Dorset resident called the Day 2 field of the SCOOP tournament “very challenging,” saying, “There were many names I recognized. Because I have recently had coaching from Supernova Elite ICANTSNG, I was able to implement and interpret the data in my HUD more successfully and figure out how to exploit those players.” The tournament itself had just shy of 5,700 entrants.

Besides his SCOOP chop, his other claim to fame is a final table in the PokerStars Sunday Warm-Upin early 2012. That finish was good for $58,000 and he said, “It was by far the biggest cash I had ever won at the time. It was enormous for me. It did falsely lead me into believing I was much more than an average player, however. Consequently, I kept playing and paid little regard to how the game was gradually evolving around me.”

He continued, “Being young and quite care-free, I inevitably crashed and burned over a long and gradual time, with the occasional bink in the process. This time around, however, I am much more self-aware, less arrogant, and, as a result of my recent coaching, I know there are still many holes in my game that need patching up if I hope to continue to run deep in events like these.”

Slevin closed by thanking “everyone who railed me and anyone I don’t know who cheered for me.”