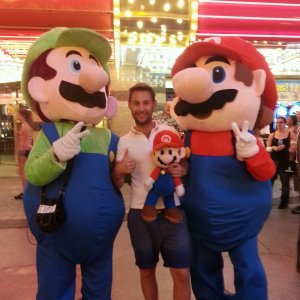 Earlier this month, longtime PocketFiver Spraggs(pictured) final tabled the PokerStars TCOOP Main Event and put back $159,000. “I’m so happy,” Spraggs told PocketFives following the biggest tournament score of his career. “I feel very lucky to have weaved through a big field in such a huge tournament. I’d always aimed to eventually have a huge six-figure score like this; I just can’t believe it’s happened.”

The TCOOP Main Event had a buy-in of $700 and well over 4,000 entrants showed up. Spraggs ultimately exited in fourth place and said the tournament capped off a rather infirmed weekend: “I hadn’t been feeling very well during the weekend, so rather than do my usual Sunday grind on my PC, I decided to do a smaller schedule and play on my laptop in front of the TV. That allowed me to concentrate a lot more from the early stages and I made sure towards the start that I didn’t waste any chips unnecessarily.”

Spraggs was chugging along in the TCOOP Main Event until he lost a major pot with A-K to A-10 after a player jammed 11 big blinds under the gun. “Being a turbo,” he said, “every pot was big, and that meant my hands were tied until I got 9-9 just before the money bubble in late position. The same guy jammed, putting pressure on from early position as the big stack, and I had a decision whether to risk bubbling or play like a wimp. After checking the lobby to see there was $430,000 up top, it was a pretty easy decision and I called all-in. Unfortunately, the small blind snap-called all-in too and both had me covered.”

In that hand, Spraggs wound up with quads and bested both Q-Q and A-7 to triple up on the money bubble. As he put it, “That suckout allowed me to play for the win. And thankfully my luck continued in the big spots.” 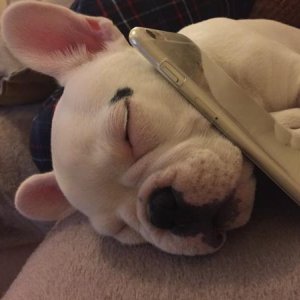 Spraggs got engaged last September and the couple is planning a wedding for next year. His $159,000 from the TCOOP Main Event will likely ease the burden of that. He added, “I also plan to treat my family and the rest will be saved for the future. I might buy my new French bulldog puppy, Pierre (pictured), a new collar or a jumper or something too!”

He had been with his now-fiancée for three-and-a-half years before he decided to propose, and the engagement was anything but low-key: “I planned a surprise trip to Venice for her birthdayin September, as it was a place we both really wanted to go. I bought the ring, asked her dad, and we flew out the night before I planned to do it. After dinner on the night of her birthday, on the way back to our hotel, I got down on one knee on a quiet little bridge over a canal and she said yes.”

Over the years, Spraggs has won the PartyPokerHigh Roller and 888 Poker Sunday Challenge and finished second in both the Big $109 and Full Tilt Sunday Brawl, just to name a few. He is a few thousand dollars away from hitting $2.5 million for his career and he’s the top-ranked player in the county of Northamptonshire in the UK.

He closed by sending a shout out to the PocketFives community, which he has been a part of for eight years: “I’ve been a member of PocketFives for a long time now and it was a great source of information for me when I was starting out. I’m often still skimming articles, looking at rankings, and reading posts.”

Congrats to Spraggs on his six-figure score!