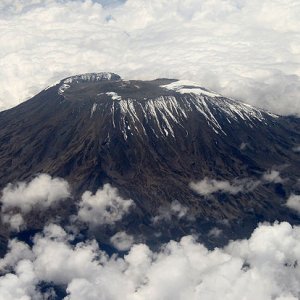 There are very few things not to get excited about when interviewing OneTime1Time, who calls the city of Red Deer, Alberta, Canada home. He is one of eight ranked PocketFivers in Red Deer, a city of 100,000 residents, and finished third in the PokerStars Sunday Million over the weekend for $119,000. We caught up with him to talk about blowing s**t up and climbing one of the tallest peaks in the world.

PocketFives: How are you feeling about the six-figure score?

OneTime1Time: I’m pretty happy with the score. It still hasn’t sunk in completely yet, but I’m getting there. It is really nice to know the freedom it offers me in my poker playing and in life in general. I’ll be able to do a lot of things I’ve always dreamed of.

OneTime1Time: I’m currently looking at my work schedule to see what I can swing for days off. I’d like to go play the PCA, as it has always been at the top of my poker bucket list. If I can’t make that work, though, I’ll be heading over to play an EPT event in early spring, most likely San Remo. Beyond that, I’ll clean up a little bit of debt I have. I’ll keep a decent amount in my bankroll to play more tournaments. Thankfully, this should mean no more playing micros!

PocketFives: Was there any discussion of a chop? How did you feel about chopping or not chopping?

OneTime1Time: I mentioned looking at the chop numbers when we got four-handed and then again when we went to three-handed. At three-handed, we were all fairly even in chips and would have been able to lock up about $165,000 each, so I was interested. Normally, I’m not the kind of player to chop, but these were just some sick money jumps for a $215 tournament. In the end, we played for it straight up, which I was fine with.

OneTime1Time: I have a memory of watching a home game when I was about five, but I didn’t really get started until I went to a local casino to play blackjack when I turned 18. I saw they had some Texas Hold’em games, so I sat down to play. It was a $4/$8 Limit game about two years before Chris Moneymaker won the Main Event. I was hooked instantly and in the past 12 years, I haven’t looked back. 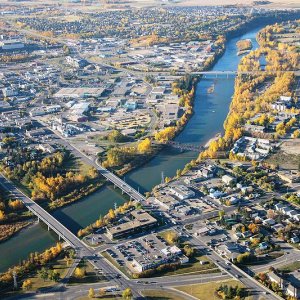 PocketFives: Tell us about life in Red Deer, Alberta (pictured). What do people do?

OneTime1Time: Red Deer is a pretty busy city of about 100,000 people. It’s situated in Central Alberta about two hours from the Rocky Mountains. There is lots of great hiking and skiing nearby. We are also situated in the middle of Edmonton and Calgary, so it’s hard to run out of things to do.

PocketFives: What do you do away from poker?

OneTime1Time: I work as a drill and blast supervisor for the family business. Basically, I get paid to blow things up! I’m not sure I will ever move over to playing poker full-time. Maybe if I win an EPT or WSOP event and have the money to travel the circuit I will, but I’m not sure I could spend that many hours in front of my laptop every day. For now, I really enjoy just being able to play for the fun of it.

Away from all of that, I do a lot of backcountry snowmobiling in the winters. I also like to adventure travel and just recently climbed to the summit of Mt. Kilimanjaro in Africa! I’ll definitely be looking for another adventure and am leaning toward swimming with sharks.

PocketFives: What do your family and friends think of your poker success?

OneTime1Time: They are all super excited and proud of me. I think I had about a dozen friends or so sweating me at the final table even though it was getting quite late. My phone pretty much exploded with messages and calls the next day as the news spread through my family and friends and my local casino. I think some of them are more aware of exactly how big of an accomplishment this is than I am. I’m still sort of in shock and awe from it.

You can catch the Sunday Million weekly on PokerStars. If you don’t already have a PokerStars account, create one through PocketFives’ links to get a 100% deposit bonus up to $600 and one free month of PocketFives Training. Get started here.