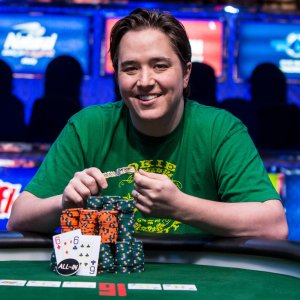 PocketFivers are up to 16 World Series of Poker bracelets won this year after capturing two more on Tuesday at the Rio in Las Vegas. We’ll start with Jordan iMsoLucky0Morgan (pictured), who needed an extra day of play to take down a $1,500 No Limit Hold’em tournament (Event #44) and bag $478,000.

It only took an hour of heads-up play to determine a winner on Tuesday, as Morgan defeated Evan McNiff. On the final hand of the tournament, Morgan 3bet all-in before the flop and McNiff called off his stack, showing A-K against Morgan’s 6-6. Neither player improved and Morgan shipped his first WSOP bracelet.

Morgan already owned a WSOP Circuit ring and now adds a bracelet to his coffers. He told WSOP officials following the tournament, “It’s validation to win. I’ve been coming here for ten years. It’s great to finally get the bracelet that I’ve always wanted.”

It took over six hours of heads-up play to determine a winner in this event, leading Morgan to say of the two-way battle, “I’ve played a lot of heads-up poker, so for me this was a game of adjustments. He adjusted really well pretty quickly. Then, it took me a while to adjust back… We were playing a game where the other guy kind of knew what the other was doing, so we had respect for each other. A lot of minor changes back and forth can make a big difference.”

Interestingly, Morgan’s victory came on the same day as his ninth wedding anniversary, so we should congratulate him on that distinction as well. Here’s how the final table cashed out: 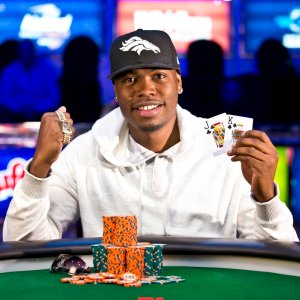 There could have been a little karma at work as well, as Givens, a Colorado native, found himself seated with a dealer from his home state on the Day 2 restart: “I get a dealer from Denver and we were just kidding it off. I start with 36,000 and next thing I know, I’m at 130,000, 140,000. Then, I just stayed composed. [On Day 3], I was in the exact same seat I was in when we were down to two tables… That’s when I was like, ‘This is destiny.’ I couldn’t believe I was here and it was a repeat. Except this time I won.”

Online, Givens has $2.3 million in online scores in his profile and earned $122,000 for winning the Full Tilt Poker $750,000 Guaranteed four years ago. He has won the $1K Monday, Super Tuesday, Friday Night Fight, and Sunday Second Chance, just to name a few.

Keep it dialed to PocketFives for the latest WSOP coverage, sponsored by Real Gaming, a regulated online poker site in Nevada.