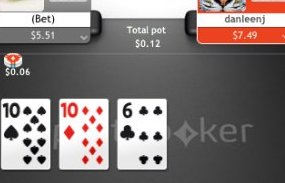 Poker is generally thought of as an individual game, pitting player versus player. Thanks to the partypoker UK Team Challenge, poker in the UK is about to go to a whole new dimension with the biggest team tournament the country has ever seen.

If you live in the UK, you can take part in this promotion on partypoker just by registering a team of two to four players on this promotional page. From there, the object of the game is to work with your team to earn 250,000 or more chips and earn a spot in a Live Final taking place at Dusk Till Dawn on October 18 and 19.

The amount of the prize pool in the final tournament varies from £30,000 to £100,000 depending on how many teams register for the competition. In this tournament, 80% of the prize pool will be split by the team that finishes #1 and 20% will be awarded as individual prizes.

Gathering chips as a team can prove to be both fun and lucrative. Every day from August 1 to September 30, partypoker will be hosting a $5.50 Daily Major: $1,000 Gtd DTD Micro and a $27.50 Daily Major: $5,000 Gtd DTD-Mini where team members can not only win money from the prize pools, but also earn bonus chips for their team in the Live Final.

Additionally, team members can earn booster chips by opting in and completing any of the four simple missions designated for this promotion. All chips earned by a team will be split evenly among members of the qualifying team.

While this challenge is a team venture, there are also individual prizes awarded on the Star Leaderboard to UK players participating in the promotion. The player who earns the most points for their team out of everyone in the competition will be handsomely rewarded with an upcoming WPT seat valued at $3,500. Second through 10th places on this leaderboard will be rewarded with a free seat for the next Grand Prix Million valued at $120.

Best of luck to you and your team if you are playing – and remember – this promotion is only available to players in the UK. Sign up for PartyPoker here.