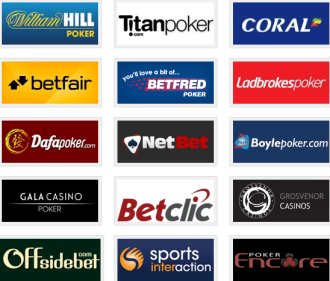 The iPoker Network‘s slogan is, “Always a full house.” For the last three years, though, it wasn’t. The member rooms had been living in a duplex, with some on the top floor and some on the ground floor, only co-mingling at certain times. But today, the walls are being knocked down and all of the poker rooms will be reunited in a single dwelling.

In September 2012, in an effort to push under-performing skins towards recruiting recreational players, the iPoker Network divided itself into two tiers. The Tier 1 rooms, which tended to be the bigger ones, were the rooms that had done right by the network and recruited players that contributed to the health of the network’s poker economy.

Tier 2 rooms were punished for their sub-optimal recruiting practices and were segregated from Tier 1 rooms at cash game stakes of $2/$4 and below and sit-and-go stakes of $30 and below. Players in both tiers were still pooled together for multi-table tournaments.

The issue at hand for the network was the skins’ ability to attract recreational players. As those of you who frequent this site know, the poker economy needs a steady flow of “recs,” or casual players who typically just play for fun and are not usually that highly skilled, to remain healthy.

These casual players tend to lose money, distributing it throughout the poker economy, and often re-deposit and do it all over again. They inject money into the network. Skilled professional players and serious amateurs are the ones, in general terms, who take money from the weaker players and then cash out, removing funds from the poker economy.

All networks want their tables filled with recreational players, but the iPoker Network decided to implement the tiered system to incentivize its member rooms to put forth the effort in recruiting those players. The rooms that were initially granted entry into Tier 1 had been successfully attracting those players through proper marketing efforts. 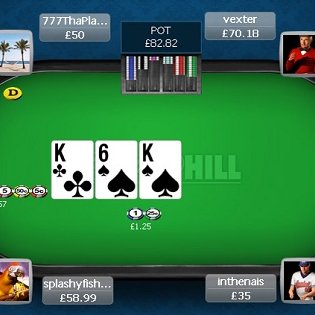 The skins relegated to Tier 2 had generally been just pulling in players through rakeback deals. There are multiple problems with marketing this way, but in iPoker’s case, the core issue was that generous rakeback deals almost exclusively attract the most highly skilled players, the ones who care the most about making a profit. These are the players who, despite their heavy action, iPoker did not want, as they suck money from the recreational players.

Tier 2 skins were punished for their poor marketing practices, stuck in a group with a lower player liquidity than Tier 1. They could eventually make their way up to Tier 1, though, by having a minimum of 6,000 active players per month and recruiting 850 new players each month who raked at least $5 each. There were other factors involved too, such as player deposit to cashout ratios, but the basic player counts were figures that had been released to the public.

Needless to say, Tier 2 skins were not happy about the development at all. Some, such as Pokerhuisand Gutshot Poker, left the network. Celeb Poker merged into Titan Poker.

The experiment is now over, as PokerStrategy reports that starting Tuesday, all iPoker skins will be back together on a unified network. The tiered system certainly didn’t help the network’s liquidity grow, as PokerScout had iPoker’s cash game traffic at 2,900 players when the tiered system began and it is only at 1,300 now. Of course, the liquidity of the industry as a whole has dropped, so perhaps the network would have been worse off without the tiered system, but it would be hard for an outsider to look at it and say it was a grand success.

Joerg Nottebaum, Head of iPoker at Playtech, commented, “The network today is far healthier with licensees focusing on generating genuine revenues with their own recreational player base instead of fighting each other on small margins for the biggest winning players. This is good news for our licensees and their players who will enjoy the benefits of a larger poker liquidity pool and, as a result, a wider variety and richer choice of poker variants.”

PocketFives works with several iPoker sites including William Hilland bet-at-home. If you sign up for either of these sites through the links on our site and deposit, you’ll get one free month of Tournament Poker Edge or CardRunners training. Plus, there’s a Table Ninja promotion going on right now!