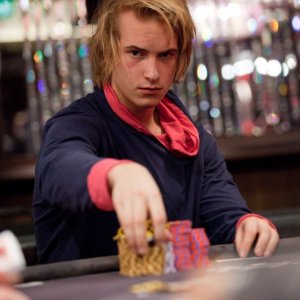 Just prior to the shutdown of the high-stakes games on Full Tilt Poker, online wunderkind Viktor Isildur1Blom (pictured) had a July to remember, taking in six-figures for the month.

According to statistics from HighStakesDB, Blom romped over the competition for pretty much the entirety of July. Over the span of 76 sessions during the month, the Swede played 6,432 hands against an array of competition. The bottom line, you might ask? Blom came out on the winning side, earning $251,572 during the month.

July could have been even better for Blom if it weren’t for that dastardly variance. On July 18, Blom was playing six-handed Pot Limit Omaha when he took down a pot of $228,952, almost as much as he made in the entire month of July.

After exploding on the scene in the late 2000s and building up an online bankroll of over $5.5 million, Blom had a huge downswing, dropping as low as $2.2 million in the red as of December 2009. When Black Friday hit the online poker industry, Blom was $2.75 million in the hole and it looked like he would stay there. 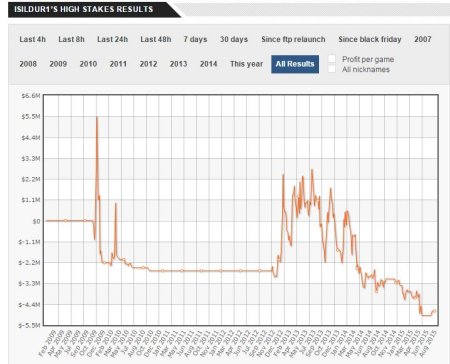 Isildur1 fought back, however, getting back into the black at roughly $2.5 million by the start of 2013. Blom fell back under the breakeven line in January 2014 and, despite booking a win for July, finds himself over $4.5 million in the hole for his career online.

John dagunmanO’Shea ($161,598) also did well in July, but it was Phil RaiseOnceIvey who made a big noise at the virtual tables.

Ivey only stepped to the PokerStars online games five times during the month and only played 722 hands, but he made the most of them. Taking down $150,993 for the month, his win rate of over $30,000 per session was by far the best of those ranked in the top 10 by HighStakesDB. It was enough to give Ivey the fourth place slot over lautie, who captured fifth by taking down $70,077 in July.

The big question will be how the changes at Full Tilt Poker are going to affect the high-stakes poker world. Last week, Full Tilt removed all high-stakes games over $10/$20. While Blom preferred to frequent the tables at Full Tilt, the rest of the top 10 on HighStakesDB table were all playing at PokerStars.