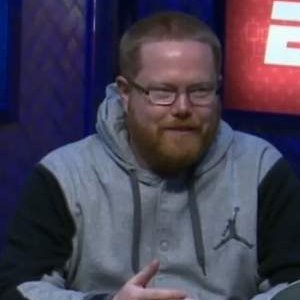 A bit later in the day, Johnson called a 264,000-chip shove by Roland Israelashvili with the blinds at 10,000/20,000. Johnson found himself well ahead pre-flop when the cards were turned over, with him holding Ac-Js against Israelashvilli’s Ad-9s. Neither player’s hand improved on a 6d-7h-4s-2d-Ts board and Johnson saw his stack climb to almost 2 million in chips, while Israeashvili ended his 2014 Main Event in 180th place for almost $45,000.

However, as the day progressed, he saw his chip stack start to dwindle, including a hand against Canadian Dong Guo. The action began with Johnson raising with pocket aces to 125,000 with the blinds at 25,000/50,000. Guo called with Js-7s and flopped two pair when Jh-9s-7h appeared on the board.

After both players checked the flop, the 5s appeared on the turn, which did not help Johnson’s aces improve. Guo bet out 155,000, which Johnson called. The 4s on the river also did not improve Johnson’s situation, but he tried to strong arm the pot from Guo, who bet 180,000 chips again to see Johnson pop out a raise to 450,000. Guo quickly called, bringing both of their stacks to around the 3.2 million mark.