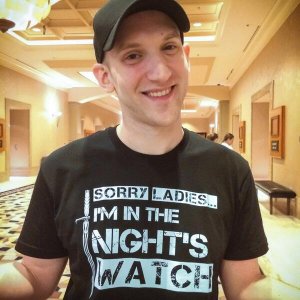 “It’s hard to make poker content fit in hour-long blocks that are meant for an older audience that doesn’t quite get it,” Somerville told PokerListingsin an interview. “It’s not a good fit for television. Twitch and live-streaming on the internet is the platform that poker needs to live.”

Twitch gives users the ability to create their own channels and stream their game play to a wide audience. During the action, streamers can interact with followers directly through a chat box while viewers talk amongst themselves. According to Somerville, the experience creates a sense of community, while at the same time, users become emotionally invested in the streamer.

Twitch users are clearly interested in watching poker. Somerville has only been streaming since October and has racked up over three million views to his channel. Fans can watch for free or subscribe for $4.99 a month for an ad-free experience. The most popular streamers have built up such a large viewer base that they can make millions of dollars per year through such subscriptions. 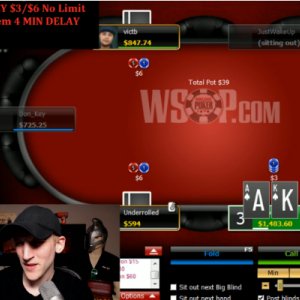 At the moment, Somerville isn’t making much from the site and is focused on developing a loyal following. He is well on his way to achieving that goal; his channel receives around 300,000 views per week, with fans watching for an average of 45 minutes.

“It’s very hard to get someone to watch a video for even four minutes,” said Somerville. “But because of the engagement on Twitch, where you can literally type and talk to me and we can engage and chat with you, people get invested.”

As one of the first online poker streamers, Somerville has had to work out the kinks of broadcasting real money play to an audience. One obvious issue was the fact that his opponents could simply watch his channel during a session and see his hole cards. Initially, he decided to cover his cards and reveal them at the conclusion of the hand.

“And the players at the table are often watching, so it’s almost like I’m playing live poker with my cards face down.” Eventually he found that uncovering his cards and running his stream on a four-minute delay was enough to thwart opponents from gaining an unfair advantage.

Somerville believes many casual poker players are turned off by the way poker events are covered on television. “I’ve heard WSOP executives say, ‘What’s the point of a live stream, it only works for the hardcores; only hardcores care about live-streams.'” In Somerville’s opinion, the exact opposite is true: “That’s what happens when you run it like a CardRunners video,” he said. “You can’t put in the ingredients for a recipe and then get mad when you make the recipe.”

Through streaming, the 27-year-old connects with a market of casual poker players who simply want to “hang out” and have fun. “I wouldn’t be surprised to see the majority of poker content be streamed through Twitch or living on Twitch to some degree by the end of the year.”