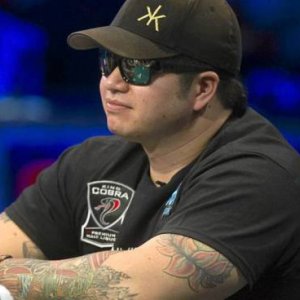 One of the perks of finishing second in the World Series of Poker Main Event for over $5 million is the opportunity for TMZ to hound you. Such is the life of Jay Farber(pictured), who finished second to Ryan Riessafter a three-and-a-half hour heads-up session last week in Las Vegas. Watch the interview.

“He won at life. I just got second,” Farber joked to TMZ, who caught him on the side of the road as he was exiting a posh sports car at Hooray Henry’s in West Hollywood. He entered the 2013 WSOP November Nine in fourth place on the leaderboard at a hair under 26 million in chips, about 12 million less than chip leader JC Tran.

“It’s not about the money really,” Farber responded when asked for his thoughts on finishing in second place for over $5 million. “I mean, the money’s nice and all. When you make it that far, you just want to win.” The 2013 WSOP Main Event marked Farber’s first career live tournament cash in the Hendon Mob database. 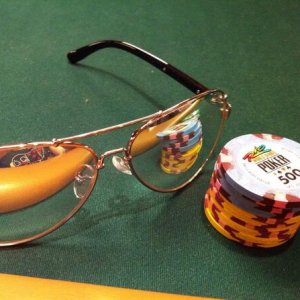 Farber was spotted with and without sunglasses at this year’s Main Event, opting for both options. We’ve had a few PocketFivers express their disdain for the eyewear, but Farber told TMZ that he’s largely tolerable of opponents wearing sunglasses: “I’m of the belief that it’s a crutch in some situations for weaker players. I don’t mind when people wear sunglasses. I wore them for part of the tournament and part I didn’t… A lot of less experienced players like to wear them. They feel like they give something away with their eyes like a physical tell.”

How did Farber get paid? Did the Rio hand him a check for $5 million? Did he walk away with a million red $5 chips? “We could have gotten paid however we wanted,” Farber relayed to TMZ. “I would have felt really weird walking around with $5 million in cash. It was nice to look at, but I don’t want to walk out carrying a bag. That’s a big liability.” He currently has a bodyguard.

What does Farber plan to do with $5 million? He is definitely not thinking small, telling the gossip outlet, “I’m buying a Ferrari, and a house, and an Aston Martin for my father.”

Congrats to Farber and the other 2013 WSOP November Nine members.