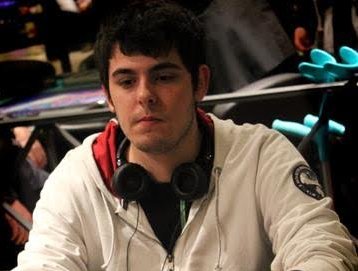 In 2011, the Unlawful Internet Gambling Enforcement Act upended the online poker market in the United States in a big way. Overnight, the four largest US-facing sites – PokerStars, Full Tilt, UB and Absolute Poker – vacated the American market. Since then, only three states have regulated the industry.

Across the pond in Spain the same year, a Black Friday of a different kind took place. That year, the Spanish Gambling Act was enacted, resulting in a ring-fenced market. Now, players from Spain could only play with other players physically located in Spain.

“When we saw the regulation in Spain and what the government did, we all needed to find another place to play because the most important thing is that we couldn’t play with the rest of the world,” Joel ‘Crackdel29’ Visa Jordana, who originally called Spain home, said.

Visa Jordana fled his homeland for Portugal and later for the UK. His nomadic tendencies seem to have paid off, as Jordana is now #97 in the world in the PocketFives Rankings, 28 spots off his all-time high set earlier this year. He just passed $1 million in career winnings.

In 2011, Visa Jordana was in university, but decided to stop that pursuit and move to Portugal to be able to play poker full-time. Little did he know that, soon after, Portugal would enact strict gaming laws of its own.

“The money I earned from poker was higher than what I could have earned with my degree, and in Spain nowadays it is difficult to find a job, even more so if you are studying building engineering like I was. If in the beginning poker did not go well for me, I could come back and finish my degree.”

Visa Jordana was paying his rent and tuition with his poker winnings, so telling his parents that he was upending his life in order to continue playing professionally in a different country was anything but easy.

“I told them about the move,” he said. “I explained about the regulation and the situation in Spain. At the beginning, they didn’t like it too much, but they eventually accepted it.”

Ultimately, his parents came around. “They eventually learned to accept it because they were confident in me,” he said. “Confidence is the most important thing and I said I wanted to try poker for a minimum of one year. If the first year did not go well, I said I would come back and finish my degree.”

In the US, Black Friday was largely a surprise. Almost everyone who was in the industry at the time remembers where they were on April 15, 2011. They remember what they were doing, who they were with, and who they talked to about the life-changing news. In Spain, the regulations were pushed back several times, but the period itself remains ingrained in Visa Jordana’s mind and the minds of other Spaniards like him.

“It’s not shocking that they wanted to regulate poker and gambling, but it’s shocking what they did and the rules they created,” he said. “You can only play with Spanish players. And in the beginning they wanted players to play for cash only and not for any extra benefits. Plus, we would have to pay a high tax rate.”

Despite the fact that a half-decade has passed since the Spanish Gambling Act came to be and the market has grown bigger than it was, Visa Jordana has no intention of moving back. “Nowadays if you go to Spain and want to play poker, you can still only play with Spanish players,” he said. “It means it’s impossible or very difficult to be a professional player.”

When he’s not winning the PokerStars Sunday 500, like he did in February, or taking second in the 888 Mega Deep, like he did in March, he travels back to Spain three to five times a year. “I miss my friends and family,” he said, “but they sometimes visit London and see me too. I am very happy at my decision to move to the UK to play poker.”

He’s the 12th-ranked online poker player in the UK and #2 in his home city of London. He was one of 11 PocketFivers to pass $1 million in career online tournament winnings during the second half of June.

“It’s important to feel like I have an edge at the tables as opposed to whether I earn a lot because in tournaments there is a high amount of variance,” he said. “You can go an entire year and just break even. For me, the accomplishment is feeling like I have an edge when I play.”

And interestingly enough, the Spanish transplant was actually a cash game player when he started. Only in the last year did he begin playing tournaments, and he usually only plays MTTs on Sundays.

“The last three years I was playing NL400 to NL1,000,” he said. “After seeing that rakeback is less now and there are few tables in NL400+ Six-Max, I decided to move to tournaments.” As a result, six of his 10 largest online tournament scores have come in the first six months of 2016, two of which are wins.