When Las Vegas-based poker pro Kami Hudson decides to do something she tends to go “full out.”

From her morning meditation routine clearing her head, setting her intentions, and getting active to grinding online, Hudson’s approach to all of her passions is one of positivity and going for it.

“I’m a big believer in positive thinking and in poker and in life I do my best to look on the bright side of things.”

And there’s been plenty to be positive about for Hudson, who plays on WSOP.com under the screen name ‘Loco4coco’, when it comes to her poker career. More specifically, her positivity helped her in her recent victory in the World Series of Poker $320 Online Circuit Season Finale NLHE event in which she took home her first career gold ring and a payday of over $50,000.

“I was really excited to win a ring,” Hudson said. “As all MTT players know, it isn’t easy to win a tournament, and all of the close calls can really start to wear on you.”

Hudson had been tracking down a WSOP Circuit ring for years, making three final tables over the past three years in various WSOPC events. She also bubbled a WSOP final table in 2017, finishing in 10th place in a $1,500 event for over $23,000. But those close calls just encouraged her press forward.

“Yes, I’ve had a lot of close calls and have been close to winning several events, but instead of letting that get me down, I use it as motivation and look at it as a sign that I am growing,” she said. “I don’t look at it as a failure but instead as improvement and that I must be doing a lot of things right to get so deep and close.”

Hudson, who grew up in Oklahoma and earned her degree in Human Relations from the University of Oklahoma, has always found herself drawn to pursuits that lend themselves to success in the game.

“As a kid growing up and throughout my entire life I have always been curious and inquisitive, into playing games, solving various kinds of puzzles, and super interested in studying people and the psychology behind everything I encounter,” she said. “I’ve been around a poker environment since the age of 18 and that’s how I began picking it up. In the beginning, it was more of just a hobby and it wasn’t until about four years ago I became more interested in it and started taking it more seriously.”

At the same time that Hudson first encountered poker, she also was introduced to another life passion. In her first year of college, she was invited to go on a trip to Honduras to visit and work with an orphanage.

“From that very first trip, I fell in love with the people and the place, and the rest is history,” she said. “Those kids broke my heart wide open and change my entire life in the best ways possible. Thirteen years and twenty trips later, it has become my biggest passion.”

Hudson isn’t a part of an organization, it’s a personal endeavor that she at first shared with a friend but now has now extended to her entire family including her parents and sisters. Projects for the orphanage have included installing an entire water purifying system, purchasing a new playground, fixing up the building, providing greater security and essential items like bedding and pillows for the children.

“But the biggest thing I have a heart for, the type of service most important to me, is investing my time and energy into the children emotionally and mentally,” she said. After her first trip, she immediately started learning Spanish so she could better connect with the kids. “I spend a lot of my time there sitting with the kids and communicating about life and their goals and what we can do to accomplish their dreams.”

“Each time I leave, I leave a piece of my heart there, but at least I know I leave with them knowing that they are loved, brave, smart and that people believe in them,” she said. “My days there are spent laughing, crying, playing, building, teaching, learning, starting and keeping traditions, showing consistency, capturing the good times on camera so that they can have photos of a happy childhood with people who love them with people who love them, and making memories with some of the most beautiful people on the planet.”

“I know it might not look like much to some people but to these kids, it might be the first time a person has been a constant source of love and support in their life.” 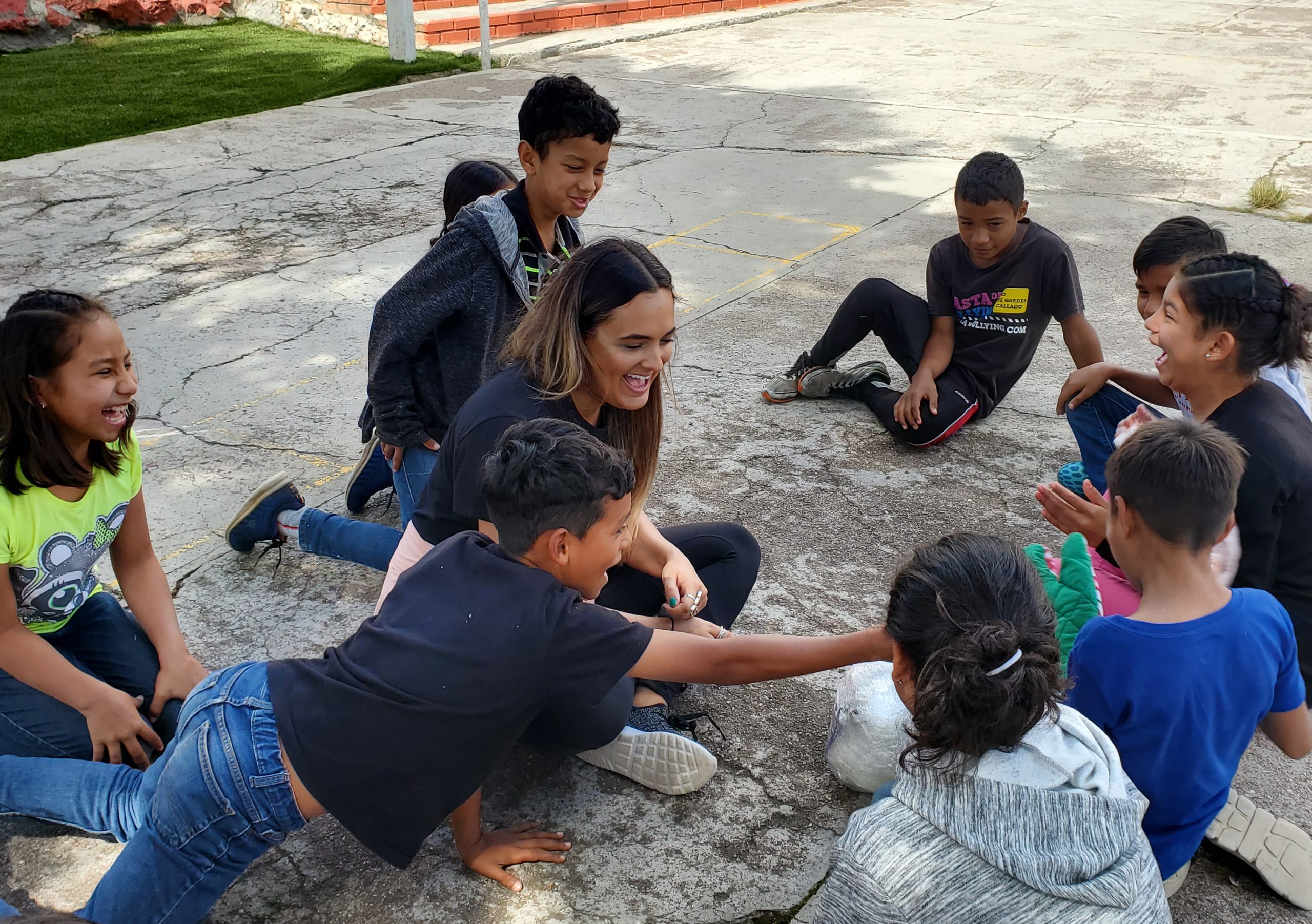 That love and support, when at it’s best, is a two-way street. Hudson not only has had the opportunity to change the lives of children in desperate need but in return, she found love and purpose in her own life.

“I will never forget the time I heard one of my little 6-year-olds praying before dinner, and she prayed for the lives and health of her mother and father, who she had never met, and then followed that with all of the things she was grateful for. That hit me hard,” Hudson said. “Those kids have changed my life, they have given me so much. I will never be able to repay them, but I will continuously return to them, over and over, to do all that I can to try.”

Hudson credits her current life as a poker pro with giving her the flexible schedule and free time to continually support the orphanage and the kids. She has plans on returning to Honduras at some point after her current World Series of Poker grind.

“I plan on playing the majority of the WSOP.com/USA event because I think they are amazing value,” she said, noting that one of the reasons she originally moved to Las Vegas was to have access to these types of events. “I do intend to travel to Mexico to play some of the [GGPoker] events next month, but mainly the $1Ks and lower. Winning an online bracelet would be a great accomplishment but I don’t think I will feel fully satisfied until I win one live.”

For Hudson though, satisfaction in poker is one thing while the definition of success is another.

“We all have our definitions of success,” she said. “Success and happiness are relative. One of the biggest lessons my kids in Honduras have taught me is that happiness isn’t based on material things. Because despite not having money or many material items, they are so much happier than the majority of people I know who society would consider being “rich”. In my opinion, the key to happiness and success is being grateful for what you have and always doing the best you can with what you know at the time.”