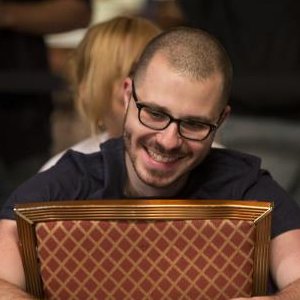 The final six of the $10,000 No Limit 2-7 Draw Lowball Championship at the World Series of Poker are set. As has been a common theme this year, the final table is loaded with talent. Dan KingDan Smith (pictured) is your chip leader with a stack of 661,000, about 100,000 ahead of the next closest person.

Smith will pass $1 million in career WSOP winnings in this event and cashed in a previous No Limit 2-7 Draw Lowball tournament on this year’s schedule.

Second place with a stack of 554,000 in chips is Nick Schulman. According to coverage on WSOP.com, Schulman has been the talk of the town thus far: “Schulman, a two-time champion of this event, returned to Day 2 as the chip leader. He held that title for most of the day, only relenting his lead to Smith in during the last level of the night. Schulman, who won this event in 2009 and 2012, returns for Day 3 in second place with 554,000.” 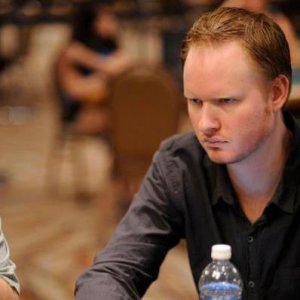 Poker author and longtime PocketFiver Jon PearlJammer Turner (pictured) sits in third place with 439,000. Turner will cash for the 35th time in his career in a WSOP tournament and, like Smith, made the money in a previous No Limit 2-7 Draw Lowball event on this year’s schedule. Turner was ranked as high as #3 on PocketFives in 2008.

Three high-stakes pros round out the leaderboard of the $10,000 No Limit 2-7 Draw Lowball event. The first is Erik Seidel, who is in fourth place with 265,000. Seidel has eight WSOP bracelets dating back to 1992 and 90 WSOP cashes, six of which are in 2-7 Draw Lowball.

Fifth place entering the six-handed finale is Phil Galfond, who is known in the online poker community as OMGClayAiken. Galfond has a stack of 255,000 and finished fourth in this year’s $10,000 Limit 2-7 Triple Draw Lowball Championship. He has one bracelet and continues to challenge the nosebleed-stakes tables live and online.

Rounding out the star-studded final six is Eli Elezra, who is the short stack at 160,000. Elezra has two WSOP bracelets, the most recent of which came in a Limit 2-7 Triple Draw Lowball tournament. The former Israeli army commando is a father of five and popped the money bubble on Sunday by sending Mike Gorodinsky to the rail.