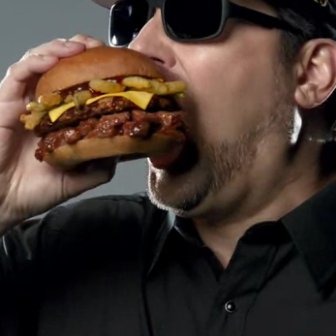 If you’re looking for an entertaining World Series of Poker tournament to rail on Monday night, check out the $10,000 Razz event, which is down to its final 12. The group is absolutely loaded with talent, headlined by 13-time bracelet winner Phil Hellmuth (pictured) and Shaun shaundeeb Deeb, who is looking for bracelets in back-to-back events. Get your popcorn ready.

The tournament resumes at 2pm PT on Monday with UK player Adam Owen atop the chip counts with 591,000. He is one of four non-Americans left and leads the second place stack of bracelet winner Thomas Keller by 56,000. The two lead the next closest stack, which belongs to Hellmuth, by over 200,000.

Hellmuth is gunning for his second career Razz bracelet and his first piece of hardware in three years. The last two cashes Hellmuth has had in WSOP events were both for final tables. He owns $12.5 million in career WSOP winnings and is the only person ever to win the WSOP Main Event and WSOP Europe Main Event after taking down the latter in 2012. 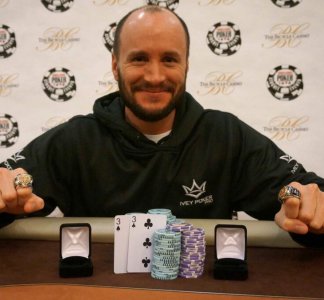 Fourth and fifth on the leaderboard with a dozen players left belong to Erik Seidel and Mike GoLeafsGoEh Leah (pictured), respectively. Seidel has the sixth most WSOP bracelets ever at eight, while Leah has a bracelet and two Circuit rings.

Then there’s Deeb, who captured victory in the $10,000 Pot Limit Hold’em Championshipover the weekend for his first gold bracelet. With a first or second place finish in the Razz event, he’d pass $1 million in career WSOP winnings. Deeb is a former #1 playerin the PocketFives Rankings.

The winner gets $271,000 and all 12 players remaining are guaranteed at least $22,000. Stay tuned to PocketFives for the latest WSOP coverage, brought to you by Tournament Poker Edge.