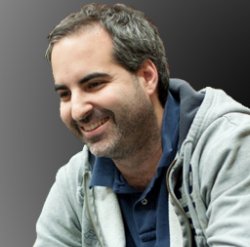 On Friday, poker pro Matt Glantz (pictured) closed out the week by giving his take on the proposed asset acquisition of Full Tilt Poker by Groupe Bernard Tapie. Glantz’ blog has received a hefty amount of feedback and, needless to say, its contents are far from rosy.

With nearly a year having passed since Black Friday, and nearly six months having elapsed since Full Tilt’s operating license was revoked, Glantz concluded, “Unfortunately, I feel based on their recent actions, I believe it is inevitable that Tapie will be backing out. It looks to me that for whatever reason, they have no real interest in acquiring FTP. The reasons why they are hanging around giving the illusion that they are still interested are unclear.”

Glantz began his post by asserting that even though “there is almost no chance of this deal going through at this point,” Full Tilt executives and pros continue to remain mute. With whispers of a March 1st re-launch permeating the online poker community in recent weeks, Glantz told readers, “Anyone making a public statement from the inside will be ‘at risk’ in being blamed for the Tapie deal falling apart. This is why nobody is speaking publicly.”

Although one shareholder involved in the negotiations between Full Tilt and Tapie was optimistic about the transaction eventually coming to fruition, Glantz wasn’t convinced. He forecasted, “Without Tapie buying FTP, there is little hope of the U.S. players ever receiving their funds in their entirety. There are likely no other buyers on the horizon.”

Earlier this month, PocketFives published an exclusive interview with Tapie lawyer Behn Dayanim focusing on nearly $17 million owed to Full Tilt by several pros including Phil Ivey, Layne Flack, David Benyamine, Erick Lindgren, Barry Greenstein (pictured), and Mike Matusow. Dayanim told PocketFives why Tapie called out the group: “The reason we’ve gone public is because we’ve had limited success on our own. It’s hard to say any one person is holding up the deal, but there have been people who haven’t stepped forward to arrange for repayment.”

Why would Tapie string players and Full Tilt’s management along? Why would it single out poker pros to pay back funds they owe? For the answer to those questions, Glantz turned to the Tapie-owned International Stadium Poker Tour, or ISPT. The ISPT currently consists of a â‚¬20 million prize pool, 30,000-player live tournament emanating from Wembley Stadium in London. Glantz speculated that Tapie “might be trying to use the publicity in the upcoming months to promote their stadium tournament in Europe, an event they have been working on for years.” 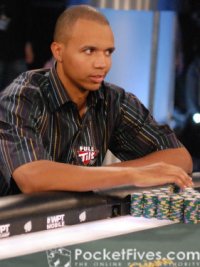 Meanwhile, Glantz claimed that he believes Full Tilt Poker has divided into two to three “distinct factions” and labeled Ivey’s lawsuit against the company last year “the worst move any shareholder could have made at the time for the likelihood of a sale and thus for the players getting paid back.” Ivey (pictured) has since dropped his lawsuit, which some speculated was filed so the former Poker Hall of Fame nominee could get out of his non-compete clause.

After calling the impending deal with Tapie “implausible,” Glantz relayed what he expects to happen to the now dormant online poker room: “I expect the company to shut down and for the U.S. Government to eventually disperse the assets under its control. A reasonable expectation under the circumstances is for the players to receive between 20%-40% of their account balances back from the Government somewhere down the line.”

You’ll recall that back in September, the Department of Justice called Full Tilt Poker a “global Ponzi scheme.” Glantz shared another possible outcome based on those allegations: “There is also a remote chance that the U.S. does not treat this situation like a poker site and sticks with its original assertion that it was just a Ponzi scheme. In this case, the account balances won’t matter. You would only get your deposits back. Any money won on the site would be fake profits from the Government’s perspective.”

The largely pessimistic entry generated quite a bit of discussion on PocketFives in a Poker Sites thread. One Colorado poker player wrote, “I think he’s right that whatever money the Government currently has will eventually be turned over to us. If I get back 20% of my money sometime in 2013, I expect that’s about as good as it can get.” Another poster bluntly walked away saying, “Well that was a sad story.”

You can also read Daniel Negreanu’s take on the situation, which involved saying that Full Tilt’s Ray Bitar, Howard Lederer, and Chris Ferguson should all go to jail.