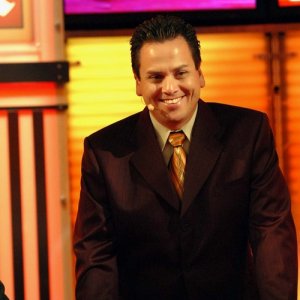 In an interview with Lee Davy from CalvinAyre.com, tournament director Matt Savage (pictured) discussed the demise of Federated Sports & Gaming and its pet project, the Epic Poker League. In it, Savage recounted his involvement with the group and, in particular, stated that the two major players in the organization, former World Series of Poker commissioner Jeffrey Pollack and Annie Duke, were not to blame for the overall failure of the venture.

The interview with Davy was sparked by a Tweet from Savage in which he stated he received a settlement check from the bankruptcy filing by FS&G. “Not what I was owed, but it was like finding money in the street,” Savage chirped on Twitter. In the interview, Davy drew a bit more information out of Savage about the organization.

“The events themselves were great,” Savage said of Epic. “The fields were small, but the players that attended were well taken care of,” including free rooms at the Palms Hotel and added money to the prize pools. He also believed that Epic was “something that could change the industry” and that the difficult fields made for great television.

Savage recognized there were downsides of FS&G and Epic, however. “The up-front costs were massive,” Savage commented to Davy. “From the set, the television time, production, and, yes, the added money to the prize pools… I knew the initial outlay was going to be tough to overcome.”

Davy asked Savage who was to blame for the downfall of the organization and Savage didn’t lay that blame at any particular person’s feet. “It was a great idea that didn’t work,” Savage remembered. “I don’t think, like others do, that there is blame to be placed.” 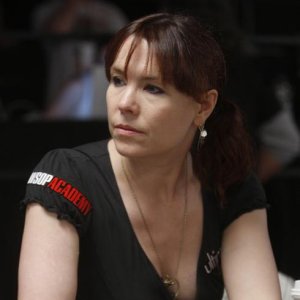 At the end of the discussion, Davy broached the names of Pollack and Duke. When asked about Pollack, Savage didn’t pin everything on the former WSOP commissioner. “(Pollack faced) lofty goals that were impossible to attain,” Savage said. “Many businesses have attempted to succeed – and failed. Should he take the blame? Maybe. Should he be crucified for it? No.”

On Duke (pictured), Savage had similar sentiments: “Annie tried hard to do right by the players, but had a lot to overcome with her public opinion. Tarnished by Ultimate Bet and Daniel (Negreanu) slinging insults and negative comments about the EPL and how it would fail. Annie doesn’t deserve the blame for the Epic failure.”

FS&G introduced the Epic Poker League in 2011 as a professional poker league that saw elite players come together on the felt. Originally supposed to play four tournaments with a $20,000 buy-in and a 27-player Tournament of Champions that was a $1 million freeroll, Epic was canceled after the third event in December 2011. Facing severe debt and revenue shortfalls, FS&G filed for bankruptcy in February 2012 and its components were sold in an auction to Pinnacle Entertainment in June 2012. Epic’s parent reported $8 million in liabilities.

After the purchase, Pinnacle sold the Global Poker Index to Zokay Entertainment and Alex Dreyfus, who has since taken GPI to greater heights with his management. When asked whether having Dreyfus in charge of FS&G and Epic would have changed the eventual endgame, Savage said he “didn’t think that anyone could (have) made it work.”