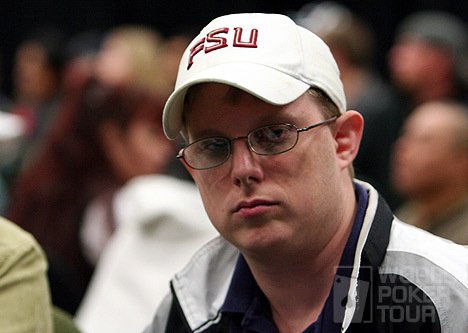 It wasn’t the result he was hoping for, but former pro poker player and longtime PocketFiver Matt SamENoleSmith (pictured) finished second and seventh in last weekend’s $20 buy-in DraftKings Millionaire Makerdaily fantasy sports game and earned $430,000. He had already won the Millionaire Maker and was trying to become the first two-time champion.

Smith posted on Facebook when all was said and done, “Ended up getting 2nd place for $400k and 7th place for $30k after getting beat by a fellow Nole that I used to play in a poker home game with. Not the result I was hoping for, but definitely not a terrible one either. Thanks for the support everyone!”

Smith’s second place lineup, which cashed for $400,000, was paced by Seattle Seahawks backup running back Thomas Rawls, who rumbled for 43.50 points on DraftKings after starter Marshawn Lynch was declared inactive at the last minute. The late change kept Rawls’ ownership percentage down. Smith had:

His second place lineup was full of against-the-grain, boom-or-bust plays. Rawls’ performance wasn’t too surprising given Lynch being inactive and the Seahawks facing the hapless 49ers’ defense in a game Seattle figured to be winning handedly. However, DeAndre Hopkins going head-to-head with elite shutdown corner Darrell Revis and perennial boom-or-buster Terrance Williams were both game-winners. Revis got injured during the game, while Williams scored the Cowboys’ first offensive TD.

DFS experts were largely off Todd Gurley due to Baltimore’s stout run defense, while Brandon Marshall went toe-to-toe against elite corner Jonathan Joseph and prevailed. The TE spot hurt Smith in both lineups.

Smith was leading the Millionaire Maker entering Monday night’s finale between the Patriots and Bills. noles2148, the eventual winner, had LeSean McCoy and Amendola in that game, and the former earned 24.30 points to win by 9.40 over Smith. The difference between first and second place was $600,000.

DraftKings has another $5 million Millionaire Maker on deck for Week 12 starting on Sunday. Sign up for DraftKings here.