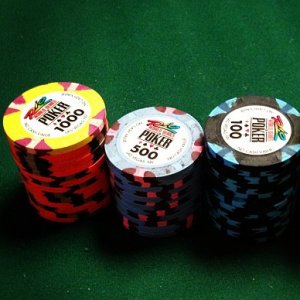 We’re at 666 players remaining in the 2013 World Series of Poker Main Event. Friday will mark the money bubble bursting, as the top 648 players will finish in the money, and Maxx mc4chess Coleman leads the way with 1.07 million in chips, the lone person to pass the seven-figure mark. Coleman, who hails from Kansas, will lead the pack entering Day 4 on Friday, with the action entirely under one roof in the Amazon Room at the Rio in Las Vegas.

BetVictor Pokerhas been at the forefront of online poker since 2002. From monthly Free Play Leagues and SNG leaderboards to Money Added VIP Tournaments and up to 30% Cash Back – to mention but a few promotions – BetVictor Poker ticks all the right boxes. Click hereto visit BetVictor Poker.

On Friday, Isaac Haxton and Carter ckingusc King tangled in a hand that saw King 3bet all-in before the flop and Haxton re-shove to isolate. When the rest of the table folded, King showed aces and Haxton flipped over queens, but a queen on the turn propelled Haxton out in front. King, who chopped the 2008 WCOOP Main Event for $1.2 million, didn’t catch up on the river and was eliminated from the WSOP Main Event.

Russell rcrane082985Crane busted on Thursday after running sixes into jacks on his final hand. His opponent, Lucinda Martinez, tanked for a full four minutes pre-flop before deciding whether to call Crane’s all-in and, after the clock was called, she announced her decision with 20 seconds remaining. The board came 4-5-9-2-2 and Crane hit the deck. 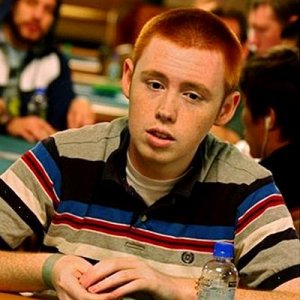 Corwin mig.comMackey (pictured) sent Sam Stein to the rail after Stein’s 10-9 could not crack aces. Stein hit a nine on the flop, but a running 3-5 ended his Main Event. Earlier in the day, Mackey announced a critical double-up via Twitter: “Doubled to 300k! I 3b J-5h, guy with K-K flats. I flop a flush and we got it in on the turn with K-K drawing dead. Lucky lucky.” Later, he added, “Have a tough table, so going to continue to nit it up and only 3bet J-5s+.”

Yevgeniy Jovial GentTimoshenko doubled through on Thursday with A-Q against A-J. No drama was in store when the board ran out 10-6-5-6-A and Timoshenko doubled to 202,000 in chips. Earlier in the day, he joked on Twitter, “Four hours into the day and I’ve already seen enough to nominate two different people for an Oscar for best Hollywood of the year.” Timoshenko won the 2009 WPT Championshipfor $2.1 million and the 2009 PokerStarsWCOOP Main Event for $1.7 million. Read about the latter here.

Check out all of our WSOP coverageof online poker players, brought to you by BetVictor.