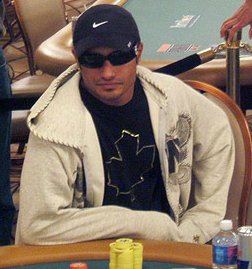 Holding down the fort with $7.3 million in tracked scores in his PocketFives profile is Shyam s_dot111Srinivasan (pictured), who took down the PokerStars Sunday $100 Rebuy outright earlier this month and earned $58,000. In the process, he defeated a final table that included five members of the top 200 on PocketFives.

“I was actually in San Remo and wasn’t supposed to play,” Srinivasan said of the win. “I had the day off from live poker and just came off a final table in Vienna in a High Roller event. I was a feeling good and have been playing very well in the end stages lately. That wasn’t the strongest part off my MTT game, but I’ve adjusted.”

Srinivasan edged out a pretty tough final table in the Sunday $100 Rebuy that included the likes of ninth ranked brianm15, who finished fourth, and jdpc27, who took ninth. “The most important pot I won was a flip against jdpc27, button versus big blind,” he said of the final table. “We got it in with my A-Q versus his 8-8 and I really believed whoever won that pot would win the tournament.” 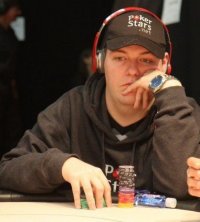 On his competition in the waning stages, Srinivasan said, “Anytime you get deep in the $100 Rebuy on a Sunday, you are going to have to face some tough regs. I’m lucky that I have a ton of experience playing all of those sharks because otherwise it would be really tough. jdpc27 and brianm15 are top-tier guys online, so I was lucky to bust jdpc27 (pictured), who was on my left, and had brianm15 on my right, which was key.”

Srinivasan has had a wealth of live scores recently, including a sixth place finish in the PokerStars Caribbean Adventure Main Event in January for $328,000. Since then, he has earned another $100,000 combined from six live event cashes, according to the Hendon Mob, bringing his career total to $530,000. When you add that to his incredibly successful online results, you get nearly $8 million in tracked poker scores.

“I’m from Toronto, so I can play there whenever I want,” Srinivasan said of his schedule. “The traveling has been great. I’ve done well in every series I’ve played since the PCA and I’m adjusting well to the live structures.” He is #55 on the 2014 live money list, according to the Hendon Mob, and on PocketFives he is #35 in our Online Poker Rankings.

Starting in one month from the Rio in Las Vegas is the annual World Series of Poker, which Srinivasan is mixed on attending this year. “I haven’t really decided what I want to do with the WSOP yet,” he admitted. “Canadians have 30% withholding taxes and I’m not a big fan of Las Vegas anymore. I’m really enjoying traveling across Europe with a couple of other top sharks who are my friends and have some other obligations. I can assure you I will play all of the EPTs in the near future, though.” 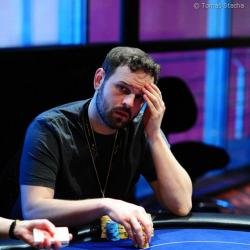 Outside of poker, Srinivasan is a big fan of playing golf, but has devoted the majority of his attention to our favorite card game in the last year. “I have taken all of my energy and put it toward live poker,” Srinivasan explained. “I really want to win a major live poker tournament at this point.”

He closed by crediting blanconegro, pistons87, and Flush_Entity (pictured), all Canadians, saying, “I would like to give credit to a couple of guys who I have been traveling with lately for a lot of my success: blanconegro, pistons87, and Flush_Entity, who I actually mentored, but now has become such a great player that he is teaching me things as well.”

The Sunday $100 Rebuy runs weekly on PokerStars. If you don’t already have a PokerStars account, sign up through PocketFives’ link and make a deposit to get one free month of PocketFives MTT Training. You’ll also get a 100% up to $600 sign-up bonus. Click here for PocketFives’ PokerStars link.