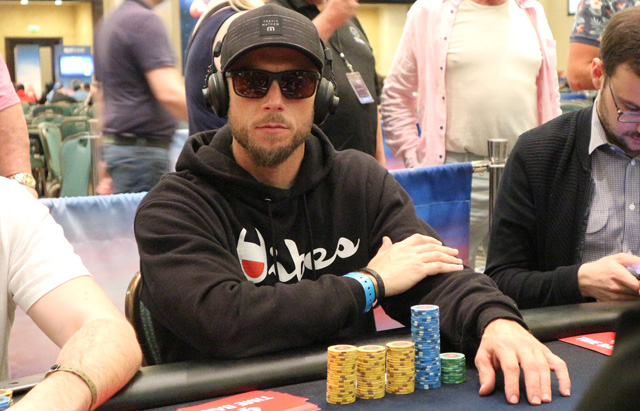 Over 300 players made their way into the $25,000 PokerStars Players NL Hold’em Championship by way of a Platinum Pass. The record-setting tournament gathered a massive prize pool of $26,455,500 and for many, even a min-cash of $25,450 represented a major milestone in their poker career and in their life.

Eleven of the Platinum Pass winners earned their ticket by taking down one of the $86 buy-in tournaments on the Moneymaker PSPC Tour. Of those 11, three managed to turn their good fortune into a five-figure payday.

Northern California’s Clifford Ellefson won the Moneymaker Tour event at Stones Gambling Hall outside of Sacramento. For him, the opportunity to turn a small buy-in into a major score was life-changing.

“It feels great. I haven’t been focused on the money much but $40K sounds nice, that’s amazing,” Ellefson said.

He was still in the tournament with under 100 players remaining and was doing his best to remain focused in a high-pressure situation with camera crews and some of the best players remaining in the field making their moves.

“It does a lot for my life. Literally, I came out here in a rough spot and I’m so thankful to get to where I’m at now. $40K is paying off my debt and literally turning my life around. It gives me breathing room.”

The tournament and trip was something special to Ellefson, a man who was determined to do it right. He arrived days early and stayed at an Airbnb, in order to soak in the Bahamian culture. He hit the gym and meditated before each day of play. It was all in an effort to make sure he didn’t have any regrets when it all came to an end.

“No matter what, I’m still going to walk away being thankful, being a happy guy, knowing that I have no regrets and I did my absolute best,” he said.

Another one of the Moneymaker Tour champions is New Jersey’s Anthony Maio. Maio, who took down the Moneymaker Tour online tournament during the 2018 NJCOOP, has been in big spots in the past. Maio has three six-figure cashes on his resume, two of which came during his red hot 2018 campaign.

Nevertheless, Maio acknowledged that the opportunity to turn $86 into a whole lot more was something special. He also recognized that the pressure to perform was also unique.

Even though the field had plenty of recreational players, Maio was impressed with the depth of talent in the field.

“There were more good players here than I’ve ever seen in one setting. And it was so condensed. The Main Event [of the WSOP] there’s that many good players but there it’s so spread out you don’t really get to see anybody. At least half the table was just really good players so it’s a lot different. You have to be really sharp at all times.”

“Along with the PokerStars $10K Mains and $5K WCOOPs this is probably the toughest field I’ve ever played in.”

This is coming from a player who just recently final tabled a World Poker Tour event. From the moment he won his Platinum Pass to collecting his payout, it was clear the entire ride was amazing for the online professional.

“It’s been a good trip and well worth it,” Maio said. “A great experience, I’m very happy it happened.”

Along with both Ellefson and Maio, San Diego’s Ori Kossonogi also cashed for $35,000.

Day 4 of the PSPC resumes at noon ET on Wednesday.