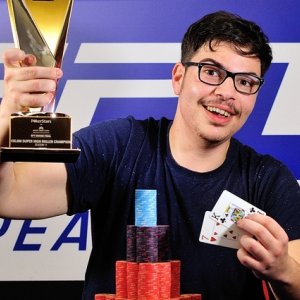 Over the weekend, Mustapha Kanit (pictured, image courtesy EPT), who is known on PocketFives as lasagnaaammm, won the EPT Grand Final €50K Super High Roller, a one-day event, and banked €936,500. The Italian barreled through a 54-man field, which had 12 reentries and a prize pool of €3.2 million.

Nine players made the money, including several brand name PocketFives members like former #1 ranked Fedor CrownUpGuyHolz, who can currently be found at #6 worldwide in the PocketFives Rankings. Three of the top five finishers were from Germany: 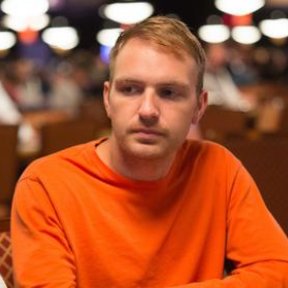 The entire Super High Roller took 13 hours to finish and Kanit edged out fellow PocketFiver Mike SirWattsWatson (pictured). He now has about $4 million in live tournament winnings, according to the Hendon Mob. Kanit made a pair of final tables at last year’s WSOP in Las Vegas and bubbled a third, just a few months after final tabling the 2014 PCA Super High Roller for $492,000.

PocketFives has tracked another $2.8 million in online MTT winnings for Kanit, including an FTOPS Main Event title in March for $239,000. He has multiple WCOOP final tables to his credit, along with WCOOP, SCOOP, and FTOPS titles.

He gleefully Tweeted when all was said and done, “Wonn the super HR montecarlo Like a boss!!! Sballiatoooooo!!!”

Congrats to Kanit on his big EPT title!