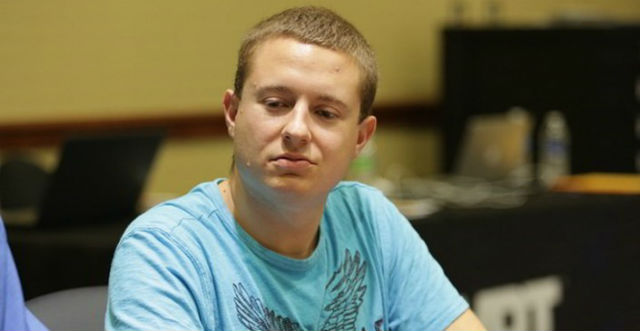 A few scant hours are all that’s left of 2015. As the countdown to 2016 begins, many of you will spend time reminiscing about 2015 and making big plans for 2016. The last 12 months in the poker world have produced controversy, countless victories, feuds, and even some tragedy.
While these might not be the most important stories of the year, here’s a look at the ten most-read stories of 2015 on PocketFives.com.

10. Nevada Lawmakers Introduce Bill That Could Have Limited Tournament Backing

Poker players backing other players in tournaments is pretty common, even if it’s not reported all that often, but in early January, the Nevada State Senate almost made it illegal to buy a piece of another player. The bill, which was amended to only apply to sports betting, eventually passed, but not before putting a scare into players who piece themselves out to the play WSOP events.

STORY: WSOP Staking Could Be in Danger

Feuds in the poker world are fairly common – even predictable – but in early January Lex Veldhuis introduced poker fans to a new feud that seemed to come out of nowhere. Appearing on Joe Ingram’s ‘Poker Life Podcast‘, Veldhuis somehow started talking about Antonio Esfandiari and let Ingram know exactly how he felt about the former Big One for One Drop champion, calling him “worthless” and relaying a story about their first interaction.

8. Twitch Audience Gets an Unexpected Surprise

One of the biggest stories of 2015 was the emergence of Twitch as a streaming platform for poker players and tournaments. While Jason Somerville and Jaime Staples were building big audiences with their poker play and personalities, Casey ‘ bigdogpckt5s’ Jarzabek found himself in the headlines for leaving his stream running during some “personal time.”

When Ivan Demidov finished runner-up to Peter Eastgate in the 2008 WSOP Main Event, he won what should have been life-changing money. Instead of walking away $5.8 million richer, however, Demidov never saw a cent. Or so he claims. In an interview with ALL IN, Demidov casually mentioned that his backer never paid him his share of the winnings.

STORY: Ivan Demidov on 2008 WSOP Main Event Cash: “My Backer Did Not Pay Me”

Poker room management and dealers found themselves unemployed following reports of widespread theft at the Aria Poker Room in Las Vegas. While the matter never went the legal route, Aria management spoke to numerous employees and concluded that changes needed to be made.

Since Black Friday, poker players in the United States have had limited options for playing online poker. One company that was still accepting U.S. players was the Merge Gaming network. Unfortunately, the company struggled to pay players throughout 2015, as was first reported by PocketFives in April.

Chad Batista was outspoken and many would consider him brash, but to deny that he was a talented poker player would be a massive mistake. In August, Batista passed away following what was described as a period of declining health. After his passing, a number of poker players took to Twitter to offer their condolences and own stories about Batista, the person.

3. Bank of America Won’t Do Business with Poker’s Biggest Winner

Daniel Negreanu is a wealthy man. Between his poker winnings (he is the all-time leading in money earned from tournaments), his PokerStars endorsement contract, and other marketing opportunities he has, Negreanu does just fine. That’s not good enough for the Bank of America though. In late December, Negreanu had his bank accounts closed by Bank of America as part of ‘Operation Chokepoint‘.

2. In the Midst of WSOP Success, Brian Hastings Called Out for Multi-Accounting on PokerStars

In many ways, Brian ‘Stinger88’ Hastings had a year to remember. He cashed seven times at the 2015 WSOP, including two bracelet wins, and found himself in contention for WSOP Player of the Year. There was a dark cloud, however, as David ‘Bakes’ Baker brought to light some accusations that Hastings had played on PokerStars under an account other than his own during a deep SCOOP run.

Things at PokerStars have been, for the lack of a better word, different since Amaya acquired the site in mid-2014. Small changes here and there were met with mild disdain from players, but things got heated in November when the company announced it was essentially axing the SuperNova Elite VIP program for 2016 – even if players had done enough in 2015 to qualify. The changes got players fired up enough to organize a protest aimed at the company’s bottom line.

STORY: Players Organizing Boycott of PokerStars from December 1 to 3