According to Online Poker Report (OPR) and a Tweet from ESPN writer David Purdum, Nevada Gaming Control Board officials have begun examining the legality of daily fantasy sports (DFS), which US players can play on sites like FanDueland DraftKings for real money.

Purdum followed up a question of whether Nevada could eventually outlaw DFS by responding, “Maybe end it in the state, but not nationwide. Still so much gray area.”

OPR wrote in a thread on Two Plus Two, “Not really a surprise given recent comments from casino execs and Nevada Gaming. It’s hard to say what side Nevada is going to come down on, but thetone and tenor suggests a negative outcome for DFS is more likely than not.” 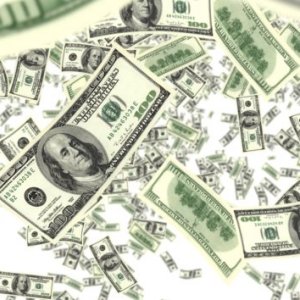 OPR added, “There’s also the chance that Nevada regulators could split the baby and produce an analysis that requires regulation while stopping short of declaring DFS to be gambling. The big question is how other states will respond. I suspect that other states with regulated commercial casinos will come under pressure to address the issue quickly once Nevada does.”

Fantasy sports received a carve-out from the 2006 Unlawful Internet Gambling Enforcement Act. However, the question has lingered of whether DFS and season-long leagues are one in the same from a legal standpoint.

Over the weekend, it was revealed that DraftKings raised another $300 million, with the investment contingent led by Fox Sports. According to the New York Times, Fox Sports will get 11% equity in DraftKings. Other companies involved in the $300 million effort include the Kraft Group, NHL, MLS, and Madison Square Garden. ESPN has an exclusive advertising agreement with DraftKings.

Forbes said of the legality of DFS, “If there was any concern that such operations were involved in betting or wagering, then it would be hard to fathom that the leagues would be partnering with daily fantasy operations, let alone putting money into their coffers.” FanDuel and DraftKings do not accept players from a small handful of states like Arizona and Iowa.