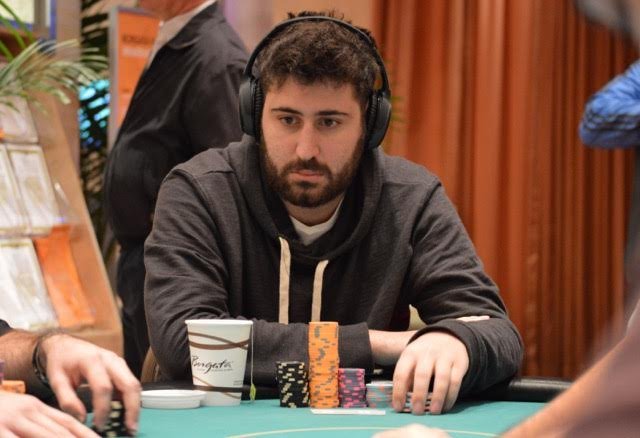 One of the more desirable aspects of being a professional poker player is that you don’t have to have a set schedule. You are, in essence, your own boss. You play when you want, where you want, and travel to and from some of the country’s and world’s most interesting destinations. Sometimes you win very large sums of money.

Over the last two years, New Jersey’s Jon ‘itsmejon‘ Borenstein has been doing just that, while also becoming one of his home state’s most consistent and profitable online players.

Borenstein peaked at #2 in the earliest PocketFives New Jersey rankings update of the new year, but over the next few months we could see him moving up a very different leaderboard. He is taking his online game, literally, worldwide.

On Tuesday morning, Borenstein and two other pros from New Jersey will board a plane. Twelve hours later, they’ll arrive in Costa Rica. We imagine a few hours later they’ll open their laptops and begin what they hope to be a five-month grind that sets them up for successful World Series of Poker campaigns in 2016.

Why does a player who has amassed over $350,000 in career live tournament earnings and added nearly another $200,000 in online scores drop everything and move to a country he has never been to before? Where he’ll emerge himself into a culture where he, admittedly, speaks “maybe 20 words of Spanish, and that’s including numbers”?

Partially because he can. Such is the life of a professional poker player, but also because Borenstein isn’t the type of person or player who has ever been satisfied. He’s always trying to improve, sniff out that next big score and that next big-value tournament.

In Costa Rica, he won’t have to look very far, as the worldwide sites like PokerStars, Full Tilt, and PartyPoker offer some of the best value you’ll find in poker. That might be the biggest reason, as the New Jersey sites don’t “fulfill” Borenstein as they once did.

“I feel my game has reached its ceiling in the current online market,” he said. “I would like to grow and get better, elevate to eventually play the highest stakes. I think this move is the best way for me to do that.” He added that “the daily access to massive prize pools” is something he has looked forward to for some time.

For someone with as much success as Borenstein over the last year, the expectations will be high, but he knows this move will also come with its fair share of challenges. “The challenge is exciting,” he said. “I understand the variance will be higher and all I can do is put in the proper volume, play my best, and hope to get a few breaks in big spots.”

The soon-to-be poker expat is coming off one of those “big spots,” as Borenstein finished sixth in last month’s Borgata Winter Poker Open $2 million guaranteed opening event. That final table run earned him just under $90,000 and while Costa Rica was planned months ago, he admitted that score “doesn’t hurt.”

It might have hurt his roommates, though, as there won’t be a house golf cart just yet. “I told my roommates that if I won, I was buying golf carts for the house,” he explained. “They were probably more upset than I was that I didn’t win because who doesn’t like personal golf carts?” If all goes according to plan and Borenstein sees the same success he has over the last two years, house golf carts might not be absent for long.

His journey to Costa Rica starts Tuesday. Save for a few live events and a potential trip to California, the next time we’ll see him back on US soil is the WSOP.