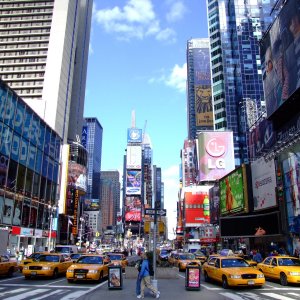 New Yorkcould soon be hopping into the online poker scene, as a bill to legalize and regulate the game was introduced in the state’s Senate in recent days. It’s numbered S 6913 and allows “Omaha Hold’em and Texas Hold’em poker as well as any other poker game that the Commission determines is the material equivalent of either of those, whether in a cash game or tournament.” Read the legislation here.

Poker Players Alliance Executive Director John Pappas, whose group is a primary voice for poker players on Capitol Hill and in areas across the US, acknowledged that although the bill was encouraging to see, it has miles to go to become law: “The bill is a marker that New York is serious about getting into the online game and they don’t want to be left behind.”

Pappas cautioned, “The sponsor of the bill is the Chairman of the Senate Gaming Committee, but there is no House companion bill at this time. Getting House support will be critical and, without that, it will be a real challenge to have legislation considered this year. This is a great first step, but I think we are far from seeing this bill become law.” State Senator John Bonacic is the bill’s author.

Licensees are required to pay a one-time fee of $10 million and their permits are good for a decade. Licensees will also pay a “privilege tax” of 15% of gross gaming revenue.

According to OnlinePokerReport, companies like PokerStars‘ parent, the Rational Group, could have a tough time breaking into the market, as “Any person or asset involved in taking any wagers – including poker – from the US after December 31, 2006 appears to be disqualified from licensing.” 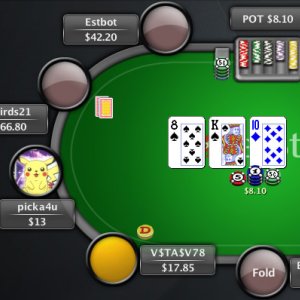 To that end, the legislation states, “Those persons that provided goods or services related to internet gambling involving New York citizens prior to the enactment of [the Unlawful Internet Gambling Enforcement Act], including, at the time, poker, which was until the adoption of this act unlawful, but exited in an expeditious fashion after its enactment should be regarded differently from those that continued to flout US Federal and New York law after for purposes of suitability for licensing.”

The reaction on PocketFives was mostly positive, with one member of our community posting in a thread in the Poker Legislation forum, “I would love to see more states get on board.” OnlinePokerReport added, by the way, that New York’s proposal allows for shared liquidity with other states, which should be welcome news for potential partners of the gigantic Empire State. You’ll recall that Nevada and Delaware have already forged an agreement to pool online poker players that’s slated to start in mid-2014.