According to an update posted on the official Full Tilt Poker Claims websiteon Wednesday, the next round of US Full Tilt Poker refunds will be sent out by the end of May. About 1,000 people will get their money back this time around, over three years after Full Tilt vacated the US market on Black Friday.

According to a message posted by Garden City Group, the appointed Claims Administrator in the case, the latest round of refunds will go to “petitioners who confirmed their balance prior to the deadline and did not file duplicate petitions. These petitions were previously reviewed by the Government, but [were]not yet approved for remission due to obviously incorrect or incomplete information. Petitioners in this category who subsequently updated their information will be forwarded to the Government for approval in the coming weeks.”

Garden City Group will e-mail to anyone who qualifies to be part of the newest round of refunds before payments are issued.

Following the end-of-May remissions, the subsequent round will likely occur at the end of July. These payments, according to Garden City, will be made to “late confirming petitions, petitioners who originally submitted multiple petitions but later withdrew their duplicate petition, petitioners who withdrew a dispute regarding their account balance, affiliates who confirmed their balance, and petitioners who confirmed their account balance and recently updated their bank account information.” 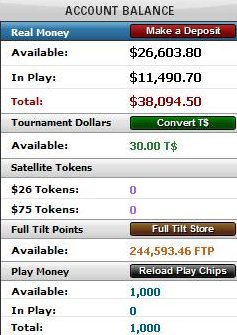 July’s refunds will be the first addressing affiliates, who were originally thought to be shut out of the remission process, but were later included after affiliate-related revenue was removed from their account balances.

Still up in the air is the fate of players with disputed balances as well as Red Pros. No update from Garden City was given on either of these groups other than, “GCG continues to work with the Department of Justice to evaluate disputed and new petitions, the eligibility of Pros, and timelines for the remainder of the distributions.”

Players with disputed balances vented en masse on Two Plus Two. One poster from Pennsylvania wrote, “They likely won’t even start looking at disputed balances until late summer, so we’d be lucky to get anything before 2015? So disappointing.” A player from Arizona added, “Really sickening update. God knows when the hell disputed claims might even be looked at. Wishing I’d just accepted the balance as presented without disputing the check I never received.”