In case you missed it on Sunday, the New Jersey Championship of Online Poker Main Event attracted a sizable field of 892 players at a buy-in of $185 apiece. Despite the nearly 900 players who turned out, the tournament, which took place on Borgata Pokerand PartyPoker and guaranteed $200,000, still featured a $34,000 overlay. You probably won’t hear any complaints from the users who cashed, however.

MikeFrancesaultimately emerged victorious from the NJCOP Main Event field, earning $33,000 and leading the group of 144 players who cashed. There was a four-way chop when all was said and done, with PocketSomunfinishing in second place for $20,000, cb123579taking third for $26,000, and MotherOfDragons taking fourth for $23,000. Here’s how the final nine cashed out, reflecting the deal amounts: 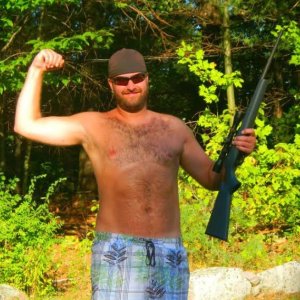 In PocketFives’ New Jersey pokercommunity, players were posting their runs in the Main Event. Among them was curiousgeorge77, who typed, “So close, yet so far away. Busted 14th got caught stealing with Q-10 into A-8. Then had 20k left, but miracle to get to 60k. Then almost hit another miracle back to 200k with Q-8 vs A-10, flop K-Q-4, turn X, river J, go me. Damn, so close.”

PocketFiver odi420(pictured) made the final table and finished in seventh place for $4,900. He posted in the same New Jersey Local thread, “Well that was fun. Q-Q < 5-5 for 1.5m at the final table. Aipf and he flops quads. $5k will help take the sting off tomorrow." A few PocketFivers were not too impressed with their performances, among them Redhotmomma, who joked on Monday morning, “I played horribly and want to dip my face in a vat of boiling oil. Too many great opportunities this past week and either I was donked on or I played terribly.” Jaybone2315 lamented, “I didn’t win a single showdown in almost 4 hours. That was less than exciting.”