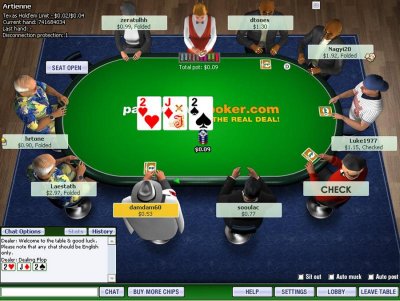 On Thursday, Paddy Power issued a press releasewarning users of a “historical data breach” that occurred back in 2010. Four years later, Paddy Power is learning the “full extent” of the issue, which affected nearly 650,000 customers.

According to the press release, “The historical data set [that was compromised]contained [an] individual customer’s name, user name, address, email address, phone contact number, date of birth, and prompted question and answer. Customers’ financial information such as credit or debit card details has not been compromised and is not at risk. Account passwords have also not been compromised.”

Paddy Power added that it “has not detected any suspicious activity to indicate that customers’ accounts have been adversely impacted in any way.” The issue only affects players who signed up on or before 2010; anyone who have signed up since 2010 is not at risk.

Posters in various online poker forums reported receiving e-mails on Friday from Paddy Power notifying them of the breach.

Peter O’Donovan from Paddy Power commented, “We sincerely regret that this breach occurred and we apologize to people who have been inconvenienced as a result. We take our responsibilities regarding customer data extremely seriously and have conducted an extensive investigation into the breach and the recovered data. That investigation shows that there is no evidence that any customer accounts have been adversely impacted by this breach. We are communicating with all of the people whose details have been compromised to tell them what has happened.”

In May of this year, Paddy Power was advised that the data set had found its way to an individual in Canada. The company received a pair of court orders to go after the individual that were executed on July 7.

The company noted, “Paddy Power had detected malicious activity in an attempted breach of its data security system in 2010. A detailed investigation was undertaken at the time and determined that no financial information or customer passwords had been put at risk. It was, however, suspected that some non-financial customer information may have been exposed and a full review of security systems was undertaken.”