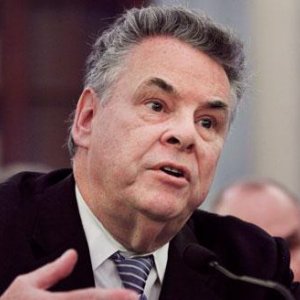 Here we go again. New internet gambling legislationwas introduced in the United States on Thursday. Congressman Peter King (R-NY, pictured) is spearheading the latest effort, which according to the Poker Players Alliance (PPA) “would empower states to license intrastate online poker and casino-style games under appropriate Federal regulatory oversight.” This is the first internet gambling legislation introduced in the new Congress.

PPA Chairman Alfonse D’Amato commented in a press release sent out on Thursday, “On behalf of the PPA membership and millions of poker players in the United States, I thank Congressman King for his commitment to protecting Americans’ freedom to play poker on the internet. States are already moving to regulate online gaming. In order to avoid a patchwork of state laws that limit player pools and provide consumer protections only to Americans in those states, it is time for Congress to step up and pass Federal legislation.”

Nevada, New Jersey, and Delaware all have various forms of legalized online gambling, and more states like California and Iowa are beginning to follow suit. To date, only one regulated online poker site is up and running– Ultimate Poker – with Caesars’ owned and operated WSOP.com reportedly the next to come online.

States can opt out of King’s billwithin 120 days of its passage, but it won’t preclude them from setting up their own intrastate internet gambling networks. The PPA added that the bill “allows equal access to licenses for all providers, including Indian tribes and lotteries.” In Delaware, for example, the state’s lottery has been charged with implementing internet gambling. 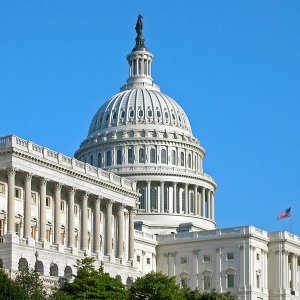 Safe and Secure Internet Gambling Initiative spokesperson Michael Waxman gave his two cents on the newest internet gambling bill: “I’d be shocked if Congress didn’t move quickly to consider this new legislation, which is desperately needed to create uniformity across the country and protect consumers regardless of where they are located. Rather than cede the regulation of internet gambling to state lawmakers, Congress should ensure there is consistent oversight of this industry and move to generate significant new revenues without having to raise taxes or cut programs.”

Speaking of movement on Capitol Hill, the bill is similar to one passed out of the House Financial Services Committee in mid-2010 by a nearly 2:1 margin. However, the bill failed to gain any momentum after that. Meanwhile, the PPA has turned its focus to various online poker bills on a state level.

King’s legislation does not permit online wagering on sports and allows for existing intrastate online gambling to continue. It mandates that player balances be segregated from operating accounts, and taxation under it will be outlined in a separate bill. All licenses are for five years.

Additionally, unauthorized operators are fined their proceeds from U.S. players or $1 million per day, whichever is greater.

Waxman added in a press release, “Without consistent regulations, Federal and state governments are being deprived of valuable tax revenue, while offshore internet gambling operators continue to benefit from an uncertain and untaxed marketplace.”

King’s legislation is called the Internet Gambling Regulation, Enforcement, and Consumer Protection Act. You can read its entire text by visiting the PPA’s website.