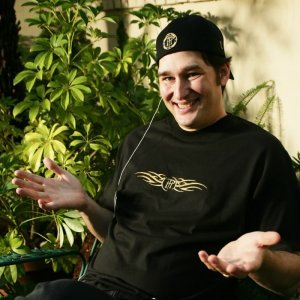 According to various news outlets, Phil Hellmuth (pictured), a 13-time World Series of Poker bracelet winner and former Main Event champion, had a chance to appear alongside his better half on the ABC reality series “Celebrity Wife Swap.” However, Hellmuth reportedly is leaning toward not appearing on the show out of deference to his bride.

CardPlayer published the following Tweet from Hellmuth on Wednesday. We should point out that the message had been removed when we checked his feed: “Have an offer to be on ABC television show ‘Wife Swap,’ but wife won’t do it! Though I’m sure she would look amazing! #WifeIsAwesome.”

If you’ve never heard of “Celebrity Wife Swap,” the hit show features the matriarchs of two families switching places and, according to its description, “revealing the various ways some controversial celebrities live their lives.” Past participants have included “Laguna Beach” star Heidi Pratt, reality stalwart and mom of eight Kate Gosselin, and former football player Plaxico Burress, who once accidentally shot himself in the leg.

Hellmuth told PokerNews about the opportunity, “It’s pretty cool to get that offer. I would love to do it. That kind of stuff is fun for me and I feel like it’s a chance for the world to see me, to see the real me. I think too often people think I’m a jerk. If they see me on that show over two weeks – never lose my temper, never swear, a lot of patience – I think they would say, ‘Wow, this is the Phil that we’ve never seen before,’ but this is the real Phil.”

Hellmuth is currently camped out at WSOP APAC in Australia and joked on Twitter, “It hurts to fly all the way to Melbourne, play great poker, and lose! Then again: sometimes I fly across the world and crush.” He has formerly been linked to the ABC series “Dancing with the Stars”, but has not yet appeared and instead primarily chooses to focus on playing live games. 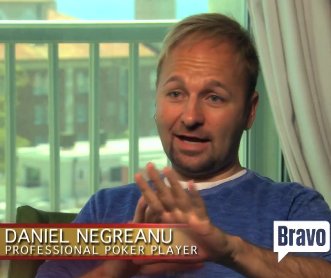 Poker players have made a habit of appearing on mainstream reality television shows. In early 2013, Daniel Negreanu appeared on Bravo’s “Millionaire Matchmaker” (pictured), eventually hitting it off with a woman named Lindsay. Apparently, plenty of people watched Negreanu’s appearance, as the episode was the highest rated in the show’s history with a 1.4.

Annie Duke was the runner-up to the late Joan Riversin Season 2 of NBC’s “Celebrity Apprentice” and also appeared on the game show “1 vs. 100.” Jean-Robert Bellande was a castaway on “Survivor: China,” as was poker player Garrett Adelstein, who was the second player voted out of “Survivor: Cagayan.”

According to F5, Hellmuth and his wife have been wed for about 25 years. In a bio on his personal website, he claims his lifelong goal is to “be the greatest poker player of all-time, but one who always puts family first.” He lives in California with his wife Katherine and has two kids: Phillip III and Nicholas. He’s a native of Madison, Wisconsin and was a three-year attendee of the University of Wisconsin.