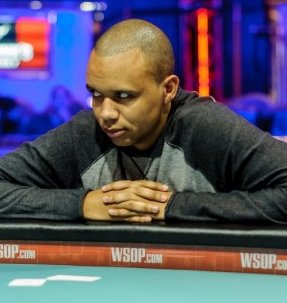 In October, about a month before Full Tilt Poker re-launched, the once high-flying online poker room announced that Gus Hansen, Viktor “Isildur1” Blom, and Tom “durrrr” Dwan would be its sponsored pros, combining to form a group called The Professionals. The trio created what became must-see-poker on Full Tilt before Black Friday, competing against each other almost daily in nosebleed-stakes games.

The fourth leg of that chair and arguably the poker room’s biggest draw, Phil Ivey (pictured), was not included in The Professionals and it appeared that for the first month of the new Full Tilt’s existence, the former member of Team Full Tilt stayed away from the site. As it turns out, Ivey had actually made his return a few weeks ago, but it wasn’t until he was outed by the poker room that people actually knew he was back in action.

Ivey hopped back on Full Tilt’s tables under the screen name Polarizing, as opposed to his old screen name, which was simply Phil Ivey. Those he played against received an e-mail from Full Tilt Poker informing them who this mystery player was. That e-mail read:

Hello, we are contacting you regarding one of your Full Tilt Poker opponents. The player in question plays under the username Phil Ivey.

As you are no doubt aware, we do not allow players to change their screen names. However, in exceptionally rare cases we do allow it. In this instance, we have made the decision, based on a number of circumstances, that this screen name will be changed.

From now on, this player will be using the screen name Polarizing.

Our decision to inform you of this change is also exceptional and is not our standard procedure. However, in light of recent events, we feel it is important to make this player’s opponents aware of the change to avoid any unfair advantage being gained. 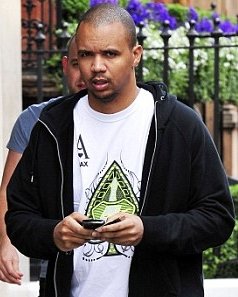 At first blush, it may seem like Full Tilt is giving a famous poker pro preferential treatment in making this exception, even though the site informed his competitors so as not to give him more of a leg up on everyone than he already had. But Full Tilt did say in November when it announced that its Red Pros would not be retained that it would allow members of the group to change their screen names back to what they were before they were sponsored.

Seeing as how Ivey was a member of Team Full Tilt from day one and never had a screen name before Phil Ivey, it makes sense that he was allowed to come up with something new.

While Ivey was apparently back on Full Tilt Poker about three weeks ago, it wasn’t until this week that statistics on his sessions emerged. The tracking site HighStakesDB noted that he was Full Tilt’s second biggest winner on Tuesday, scooping $145,600 from the $1,000/$2,000 2-7 Triple Draw tables. On Wednesday, he added another $16,440 to that total, plus another $59,290 in Fixed Limit Omaha High-Low. His 2-7 Triple Draw sessions haven’t all been profitable, however, as he lost $31,510 on Monday, the first day in which HighStakesDB has records on the screen name Polarizing.

In all, HighStakesDB has recorded Ivey playing1,318 hands on Full Tilt Poker this week and earning $189,808.