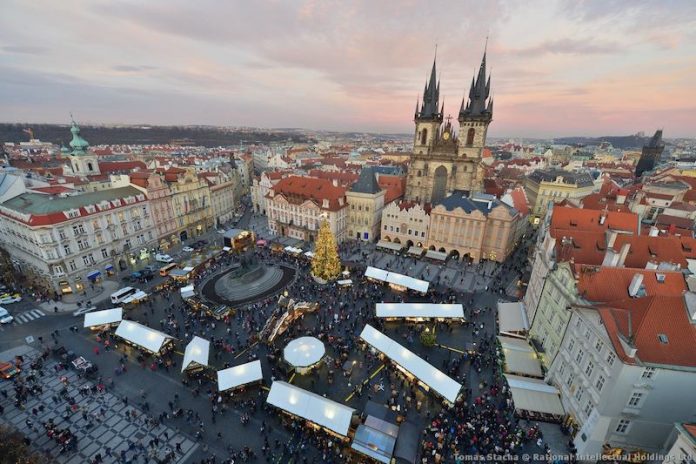 Next up on the European Poker Tour schedule is EPT Prague. The event heads to Casino Atrium Prague at the Hilton Prague December 7-18, for a plentiful festival that includes 43 events. EPT Prague is anchored by the €5,300 Main Event running December 12-18 and the series will also award two Platinum Passes to the PokerStars Players No-Limit Hold’em Championship.

Prague Known for Its Big Numbers

EPT Prague is one of the European Poker Tour’s most iconic stops, and it never fails to deliver with impressive field sizes and large payouts. If you include the one-year rebranded PokerStars Championship Prague in 2017, the Prague Main Event has attracted 9,065 entries over the years and generated a total of €43.8 million in prize money. That’s an average field size of 824 entries and an average prize pool of nearly €4 million. The first-place prize has averaged nearly €750,000, too.

The €10,300 buy-in High Roller has also been a favorite of players heading to Prague. First installed in 2010, this event has attracted a total of 1,584 entries and generated more than €16.6 million in prize money.

The €1,100 buy-in National tournament is Prague’s best mid-tier offering and known to attract tons of players, with 9,746 entries across six years and a total of €9.45 million dished out. That’s an average field size of more than 1,600 runners.

EPT Prague will award two coveted Platinum Pass packages, valued at $30,000 each. The packages include a $25,000 entry into the PSPC tournament in the Bahamas in January 2019, six nights’ accommodation at the Atlantis Resort in Nassau, and $2,000 in travel expenses and room folio credit. Details on how to win a Platinum Pass during EPT Prague have yet to be released, but stay tuned to PocketFives.com for an update.

The Czech Republic Capital Delivers Off the Felt, Too

If you’re a fan of poker and the winter holiday season, there are few places better than Prague in the month of December for the EPT’s trip there. The city is absolutely beautiful at this time of year, dressed from head to toe in holiday garb with incredible sights and delicious treats to delight.

For the adventurers out there, Prague has a few must-see attractions, starting with the Charles Bridge and Old Town Square. Taking a stroll across the 14th Century Charles Bridge is simply charming. It’s as picturesque as anywhere in the world and comes full of life. Prague’s Old Town Square has become a favorite of anyone who travels to EPT Prague. The historic streets are lined with restaurants and holiday vendors for you to grab a bite or a pint while listening to live music or enjoying one of the many street performers putting on a show.

While you’re down in Old Town Square, make sure you check out the Prague Astronomical Clock. The medieval clock is the oldest astronomical clock in the world that is still in operation. As you continue to stroll around town, you may want to check out Prague Castle. It’s stunning and provides amazing views of the city.