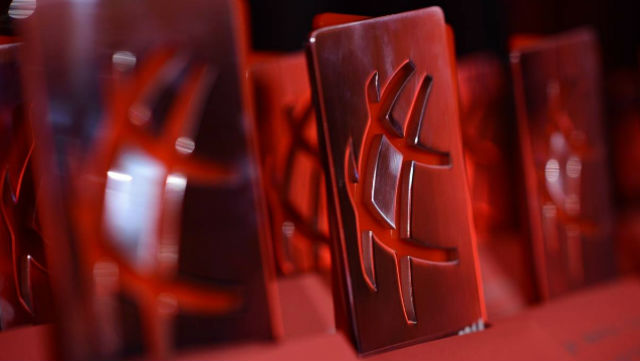 The poker world’s elite will gather Thursday night in Beverly Hills at a swank $500-per-night hotel to recognize and celebrate the accomplishments of some of their own. The second annual GPI American Poker Awards are designed to recognize the people who have made an impact on the poker industry in 2015.

PocketFives Editor in Chief Lance Bradley, Managing Editor Dan Cypra and Community Manager Kevin Mathers were part of the nominating committee that was responsible for helping put together a list of four nominees in each of the 11 categories this year. Picking a winner in each category is extremely difficult but Bradley, Cypra and Mathers have put together their picks and thoughts on each category this year.

Mathers: Personally, this is a tough category to predict, even if I’m one of the nominees. The idea of “media” has certainly changed in the past few years with the rapid growth of Twitch. Jason Somerville will be the king of poker on Twitch for as long as he likes, and for that, he’s my pick to win this year.

Mathers: This is really a two-horse race between Effel and Savage. While Effel has done an admirable job with the WSOP in the US and Europe, Savage remains a favorite among the poker community. If you’ve got a question about tournament rulings, nearly everyone turns to Savage for the answer.

Bradley: Some great nominees here including Beckley who went from small buy-in event grinder to Main Event runner-up, but Cate Hall really stands out for me. With no recorded cashes prior to 2015, she really came from nowhere. She finished 2015 by cashing in every World Poker Tour event that she played, four in total, including two final tables.

Cypra: Anthony Zinno’s run through the L.A. Poker Classic, the second of back-to-back victories, was impressive. The final table was stacked with guys like Chris Klodnicki, Mike Leah, and Peter Neff – and zinno started the final table fifth out of six.

Mathers: A tournament that draws a field of 22,373 total players seems like the easy choice. If you were at a casino that had a poker room, the crowds flocked to play when they weren’t part of the Colossus. Issues did come up in regards to payouts and pre-registration, but the stunning success warranted a return for 2016.

Bradley: This one is a little tougher. The Main Event is its own spectacle for sure, but not sure this year stands out over any of the last four or five. The Super High Roller Bowl was shiny and new but the WPT Seminole Hard Rock Poker Showdown had almost 1,500 entries thanks to a booming poker market in Florida and the great work of the Seminole staff. It’s probably the underdog in this category, but it gets my vote.

Cypra: Any time the Colossus is an option, I’m going to pick it. 22,000+ entrants. one of the biggest live poker tournaments ever held. Yes, a lower buy-in tournament attracting plenty of players isn’t exactly new, but the fact that WSOP staff were able to pull it off, and bring it back for 2016, speaks volumes about just how innovative the idea and execution of the Colossus were.

Bradley: Hate having to say one of these is better than the other, so let me just pick the Chad Brown Memorial Tournament since I was honored to be a part of it this year. All great initiatives here and all worthy of the award.

Mathers: Four nominees who do great work in vastly different ways, so it’s hard to make a choice. However, my vote goes to David Tuchman. From humble beginnings on Live at the Bike!, Tuchman put in hundreds of hours into the World Series of Poker live streams, along with his tireless efforts for Poker Night in America has served as the voice of poker.

Cypra: This is a tough choice between Anthony Zinno and The Colossus. Zinno’s run was incredible, one like we haven’t seen for a while on the WPT. I said I would auto-pick Colossus if it were an option and I’m going to continue to do that. 22,000 players entering a live event that ended in a reasonable amount of time and with few major hiccups and is being brought back this year.

Bradley: Brad Willis won this last year and may have topped himself this year with BUST, but longtime photog Joe Giron captured one of the most iconic poker photos of all time when he got Negreanu crumpled on the floor after being eliminated in 11th place from the WSOP Main Event. Give it to Joe.