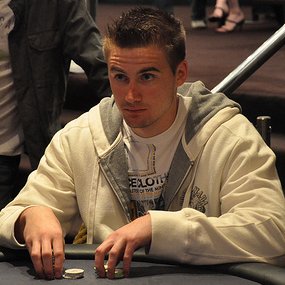 It’s Wednesday, which means the PocketFives Rankingshave been updated. On top for the fourth straight week is Brazil’s Yuri Martins, who is enjoying the longest stint at the top of the Rankings for any PocketFiver since September and the third longest streak since April.

Martins has 7,462 PLB Points, 136 more than the second place player in the Rankings, p0cket00 (pictured). This Canadian player finished second in a $215 No Limit Hold’em Turbo on PokerStars one day ago for $7,000 and 142 PLB Points, meaning, all else equal, he’s another score of equivalent value away from being the #1 player worldwide on PocketFives. We’ll have to wait until next Wednesday to see if he succeeds.

There were no new entrants into the top 10 worldwide this week. Outside of the top 10, Alex Lynskey, known as lynskey99on PocketFives, moved up from #37 to #19 on the strength of a win in the PokerStars Sunday Six-Max over the weekend for $25,000 and a solid 377 PLB Points. Lynskey is up to $1.4 million in tracked MTT scores and is one spot shy of his all-time high worldwide. He is the top-ranked PocketFiver in Australia. 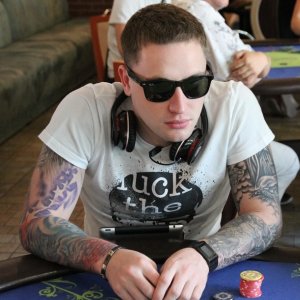 One of the biggest jumps of the week inside the top 100 belonged to Russia’s MatveichukR (pictured), who moved up 26 spots to settle at #56. He won the PokerStars Big $55 on the third day of 2015 for $21,000 and his 231st career tracked win. MatveichukR, who is celebrating his fifth anniversary of signing up for PocketFives on Wednesday, has $3.6 million in winnings and is five spots shy of his all-time high in the Rankings.

Congrats to all of our ranked members!