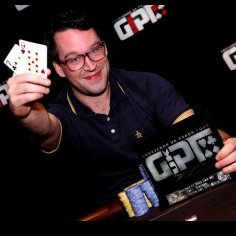 It’s Wednesday, which means a brand new installment of the PocketFives Online Poker Rankings. This week, Rick TheClaimeerTrigg (pictured) reentered the top 10 after being ranked as high as #4 earlier this year. This week, he moved up from #23 to #10 after chopping a PartyPoker Pokerfest event heads-up for $35,000.

Trigg is up to $5.2 million in career online tournament winnings and is one of only 13 PocketFivers to receive a $5 million cash badge this year. He took second in the PartyPoker $100,000 Guaranteed High Roller Event in October as well, cashing for $13,000.

The rest of the top 10 of the Rankings remained virtually unchanged save Jimmy JMolloyMolloy, who reached his all-time high of #8 after moving up 21 spots. He won the PokerStars Sunday $100 Rebuy over the weekend for $53,000 officially and a commanding 532 PLB Points, the metric that determines a person’s place in the Rankings. Molloy has six tracked wins this month. 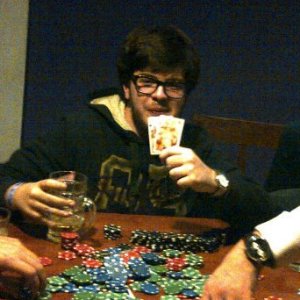 Rising 37 spots to settle at #34 in the world is Brazil’s KKremate (pictured), who like Molloy and Trigg found success over the weekend in a major online poker tournament. For KKremate, it was a win in the PokerStars Sunday 500 for $72,000 and 634 PLB Points. He is fresh off a runner-up finish in a WCOOP event for six-figures and is 16 spots off his all-time high in the Rankings.

Former #3 ranked inhoo of Sweden jumped from #66 to #43 this week after taking down the Full Tilt Super Sized Sunday for $32,000 three days ago. The day before, he won the Six-Max Club on PokerStars.fr for $5,200 as well as the PartyPoker High Roller earlier this month. inhoo is the #7 ranked player in Sweden and has been a member of PocketFives since 2008.

Finally, we wanted to touch on Poland’s Barry86, who entered the top 100 at #63, his all-time high. He has five wins in the last seven days and is just a few thousand dollars shy of hitting $1 million for his career. You can find him playing under the user names OMGACEACEACEon PokerStars and Kutanoidon Full Tilt Poker.