We’re entering the busy time of year in the online poker world. On Wednesday, we had a little bit of a shakeup in the top 10 worldwide of the PocketFives Rankings, as two players returned to the upper echelons of the leaderboard. And don’t worry, fans of p0cket00; your boy is still ranked #1 on our site.

Let’s start with Russia’s veeea(pictured above), who moved up five spots from #12 to #7 on the strength of a rash of wins this month in tournaments we track – nine to be exact. He took down the PokerStarsSaturday Super Knockout over the weekend for $26,000 and almost 400 PLB Points to help his cause and won the Winamax XTASE the same day for good measure. He has 159 wins in online poker tournaments. 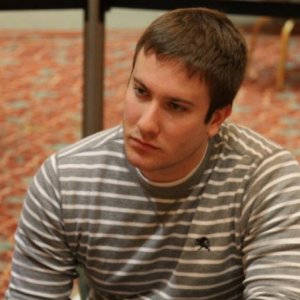 Also moving up five spots into the top 10 was Montreal’s TJ 1bigacehole Ulmer (pictured), who ended up at #8. Ulmer won the PokerStars Super Sized Sunday over the weekend for $22,000 and also took down the site’s $82 NLHE Six-Max Hyper-Turbo for $7,800 the same day. Ulmer has $6.6 million in career online poker scores.

Alen lilachaa Bilic rose 16 spots to settle at #17 this week on the strength of a runner-up finish in the PokerStars Sunday 500 over the weekend for $42,000 and 368 PLB Points. It was his second top-two finish in that tournament this month, as he also took second two weeks ago for over $50,000. Bilic rules the roost in Bosnia and Herzegovina.

Leaping 33 spots to #62 in the world was Portugal’s T 54 T 97s, who won the PokerStars.fr Summer Warm-Up Special Sunday Million for $10,000 on Sunday, his sixth victory since August 17. He was ranked as high as #3 on PocketFives last year and is the second-ranked player in his home country.

We won’t keep you waiting any longer. Here are the top 10 players in the PocketFives Rankings this week, along with the PLB score for each: