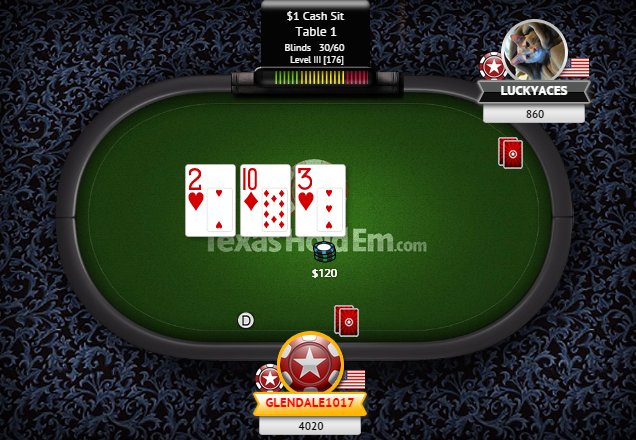 On Wednesday, February 3, a new month of PocketFives’ US Online Poker Leagueon TexasHoldem.com will kick off. It’s completely free to play and both monthly and weekly prizes are awarded. So, if you miss a week, there’s still plenty to play for. If you don’t already have a TexasHoldem.com account, sign up for free by clicking here.

To play, log into TexasHoldem and find the next “PocketFives League” game. Click on “Register Now” and enter the promo code for that week. Every week, we post the new promo code in our Official League Thread. The code for the game on Wednesday, February 3 is “GROUNDHOG” without the quotes. Log back in when it’s game time and your table will automatically pop up.

League games in February will be held on:

TexasHoldem.com is running a special Spring Fling Tournament Series from March 13 to 20 with over $5,000 in prizes. Details will be released soon, but US players looking for some tournament action will want to circle this week on their calendars

Paying memberships to the site are available, but are not required to play in PocketFives’ League games.